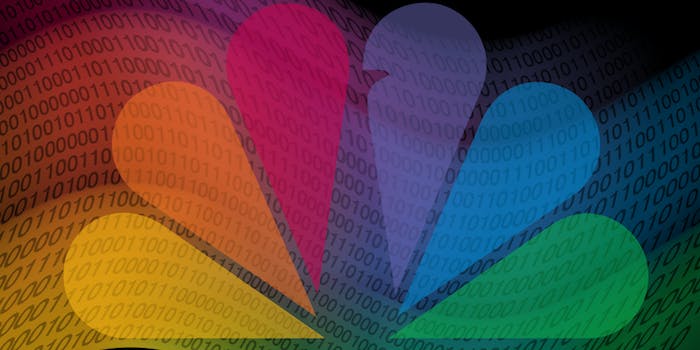 We all like to complain. But is it valid?

Many of us watched the Super Bowl on Sunday from the comfort of whatever seating was across from our laptops. The dawn of cord-cutting has been advantageous for our wallets but inconvenient for cable’s most popular broadcasts of the year.

The Super Bowl is obviously no exception, but this year, instead of forcing us to scramble to find a decent stream, NBC gave Americans the goods for free.

I watched much of the game this way, with NBC’s stream on my laptop and my laptop hooked up to my larger monitor and speakers (almost like…oh, what’s it called…television!). As soon as the game started, the stream was choppy, with big, painful gaps in between the snap and the play. If you want to experience deafening silence, sit in a room with 10 people with the Super Bowl volume turned way up and wallow in the absolute stillness of a frozen, soundless screen.

Worse yet, NBC’s stream had a significant delay. At one point, one of us hazarded a glance at the score on our phone, and we realized we were nearly 10 minutes behind. The Super Bowl is long enough without the added lag; it got to the point where I opted for another streaming site entirely, which had worse quality but fewer delays.

I wasn’t alone here. A quick Twitter scan on Sunday night revealed plenty of other angry streamers. All of this brings us to the question: Did NBC botch this, or are we just whining?

Roomie is watching the Superbowl on live stream and of course it dies right before the halftime show. :(( #whyyy

“NBC is great at streaming live events,” Ustream CTO Gyula Feher told me via email. “They were the first to stream the Super Bowl in 2012. And, the Super Bowl is the ‘Everest’ of live events: Let’s remember that Super Bowl XLVIII was the most watched television event ever. It’s likely that the peak load on the NBC livestream was similarly record-breaking.”

Apparently, we were all just baseless whiners. Feher explained that one of the most common techniques that companies like NBC use to handle heavy streaming load is introducing a delay.

“It can be reduced to a few seconds for smaller audiences,” he said, “but for larger ones typically 30 seconds or more is necessary.”

Our frustrations, though defendable, were likely unjustified: This was the most-watched Super Bowl ever. According to an NBC press release, the stream was a hit:

The live stream of the game set Super Bowl records for average viewers per minute (800,000), concurrent users (1.3 million) and total minutes (213 million), according to Adobe Analytics.
In addition to the record traffic, NBC Sports Live Extra delivered a high-quality stream with a long engagement of 84.2 minute per viewer. According to Akamai, the live stream was the highest quality throughput for any Super Bowl.

“The Super Bowl stream on the NBC Sports Live Extra platform went fantastically well,” said Rick Cordella, SVP and General Manager, Digital Media, NBC Sports Group. “We were excited, not only by the record-breaking consumption, but also the quality of the streams we delivered to football fans.”

Providing the bandwidth for such a popular stream is really, really hard to do.

“Reaching a large audience of live online viewers is an incredibly difficult technical challenge, and no single content delivery network (CDN) is really equal to the task,” said Feher.”The most successful approaches are ones that combine multiple CDNs, which is what Ustream does. This ensures good quality for the maximum number of simultaneous viewers, no matter how they are distributed geographically.”

The use of multiple CDNs is popular outside of massive media conglomerates like NBC. Ustream relies on the same system for its own streams.

“By using a combination of multiple content delivery networks—both in-house plus third-party—streaming can be more easily scaled,” Feher said. “This is one reason the Ustream solution is so highly scalable.  We have our own software-defined CDN that intelligently and dynamically routes traffic based over various networks based on numerous factors.”

But this wasn’t what NBC was doing. Eric Black, VP of Technology for NBC Sports Group, told me via email that the network only used the highly popular Akamai CDN.

Obviously, we’ve arrived at a Catch 22, wherein viewers must ask themselves: Do you I want more, shorter delays, or fewer, bigger delays? Answer: Neither! We are spoiled and we want it all!

But that’s now how streaming works. It’s a complicated and messy affair on the server side and an often unsatisfying experience on the client side.

Feher said that streaming in large chunks could also produce client-server connection issues, though he added that he didn’t know for sure if NBC had used this method.

“Delivering chunks may start to take longer than the chunk size itself which in turn results in the client falling more and more behind,” he said.

If you want to point fingers, the first culprit is our own impatience. Then, if you really feel the need to shift the blame, you could point to NBC’s single-point-of-failure reliance on the Akamai network.

When I asked NBC what the biggest challenges of livestreaming the Super Bowl were, I was told, verbatim, “With a peak of 1.3 million concurrent users, [NBC Sports] Live Extra was able to deliver a long engagement of 84.2 minute per viewer, the highest quality through-put for any Super Bowl.”

That’s definitely a non-answer, but it’s also true and impressive.

Maybe next year it’ll get even better.