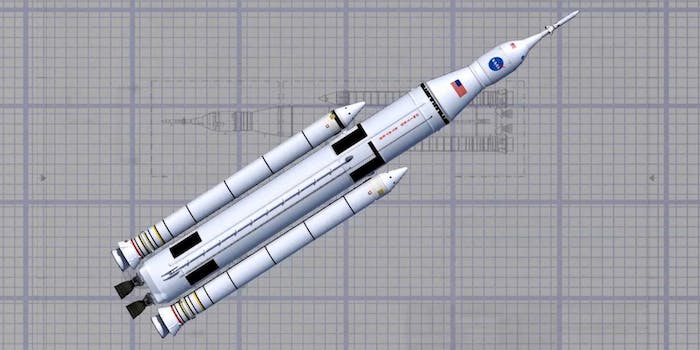 Will private companies put tourists on Mars before NASA astronauts get there?

Companies like Virgin Galactic and SpaceX want to take you or me to Mars before astronauts even explore the Red Planet.

Yesterday NASA announced that it approved the construction of a multibillion-dollar launch system that it hopes will eventually take astronauts to Mars and beyond, but the first launch of that system may have been delayed by almost a year.

The Space Launch System, the design for which was chosen in 2011, is expected to cost $7 billion between February of this year and the date of its first launch. Its design received preliminary approval at the end of July 2013, but last month, a year after it cleared that crucial stage, the SLS received a skeptical evaluation from the Government Accountability Office.

The GAO, the federal government internal watchdog agency, found “solid progress” toward a finished product but concluded that the SLS was unlikely to meet its initial launch deadline of December 2017.

“The compressed development schedule in conjunction with the agency’s relatively flat funding profile for SLS through 2017 place the program at high risk of missing the planned December 2017 launch date for the [Exploration Mission-1] initial test flight.”

William Gerstenmaier, NASA’s association administrator for human exploration and operations, admitted as much when he told reporters, “It’s probably sometime in the 2018 timeframe.”

In approving construction of the SLS, NASA Administrator Charles Bolden said that his agency remained “firmly committed to building a launch vehicle and other supporting systems that will take us” to Mars. He did not elaborate on how the agency planned to accomplish this.

NASA still expects the SLS to take humans to Mars starting in the mid-2030s, but even this optimistic deadline—for an endeavour that many consider too ambitious for the current political climate—puts it several years behind private spaceflight companies like SpaceX.

Elon Musk, the CEO of SpaceX, said on CNBC in June that he expected his company to launch Mars trips for private customers “in 10 to 12 years,” which would be around 2026 at the latest.

“It’s certainly possible for that to occur,” Musk said.

George Whitesides, the president and CEO of Virgin Galactic, SpaceX’s largest private competitor, sounded a more cautious note in an interview with Yahoo!’s Daily Ticket blog. “I think we absolutely can [go to Mars],” Whitesides said. “It’s a question of will. It’ll probably be a public-private partnership that also involves international folks. It’s going to be expensive.”

For several years, NASA has maintained that it plans to land people on Mars by 2035. NASA Chief Technologist Dr. Bobby Braun said so explicitly in an open letter to college students back in August 2010.

“In 2035, when humans first orbit Mars,” he wrote, “today’s college sophomores will be my age; perhaps one will even be in my job.”

In that same letter, Braun estimated that NASA astronauts would “explore an asteroid” in 2025. This plan, too, has not changed. NASA’s 2014 budget proposal stuck to the 2025 timeline for an asteroid capture mission.