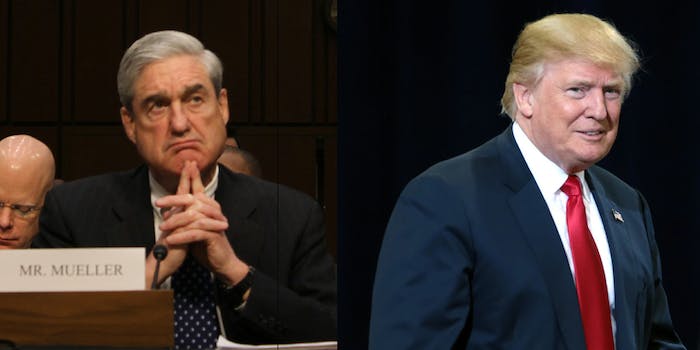 The Russia investigation continues to heat up.

The advisers are connected to “internal documents” that Mueller’s team hopes to review. The White House expects that Mueller will request more interviews in the future, the Post reports.

Mueller is heading a sprawling probe into Russia’s attempts to influence the 2016 presidential election and whether members of Trump’s campaign worked with Russian officials. The investigation also includes an examination into whether Trump obstructed justice when he fired former FBI Director James Comey as the agency was conducting a similar investigation.

No interviews have been scheduled, according to the Post, but Mueller could be looking to get testimony about Oval Office conversations in the lead-up to Trump the resignation national security adviser Michael Flynn, who was forced to resign in February after he misrepresented to Vice President Mike Pence communications he had with a former Russian ambassador.

Former Acting Attorney General Sally Yates testified before Congress that she had warned the White House Flynn could be subject to blackmail by Russia.

You can read all of the Washington Posts’ report here.