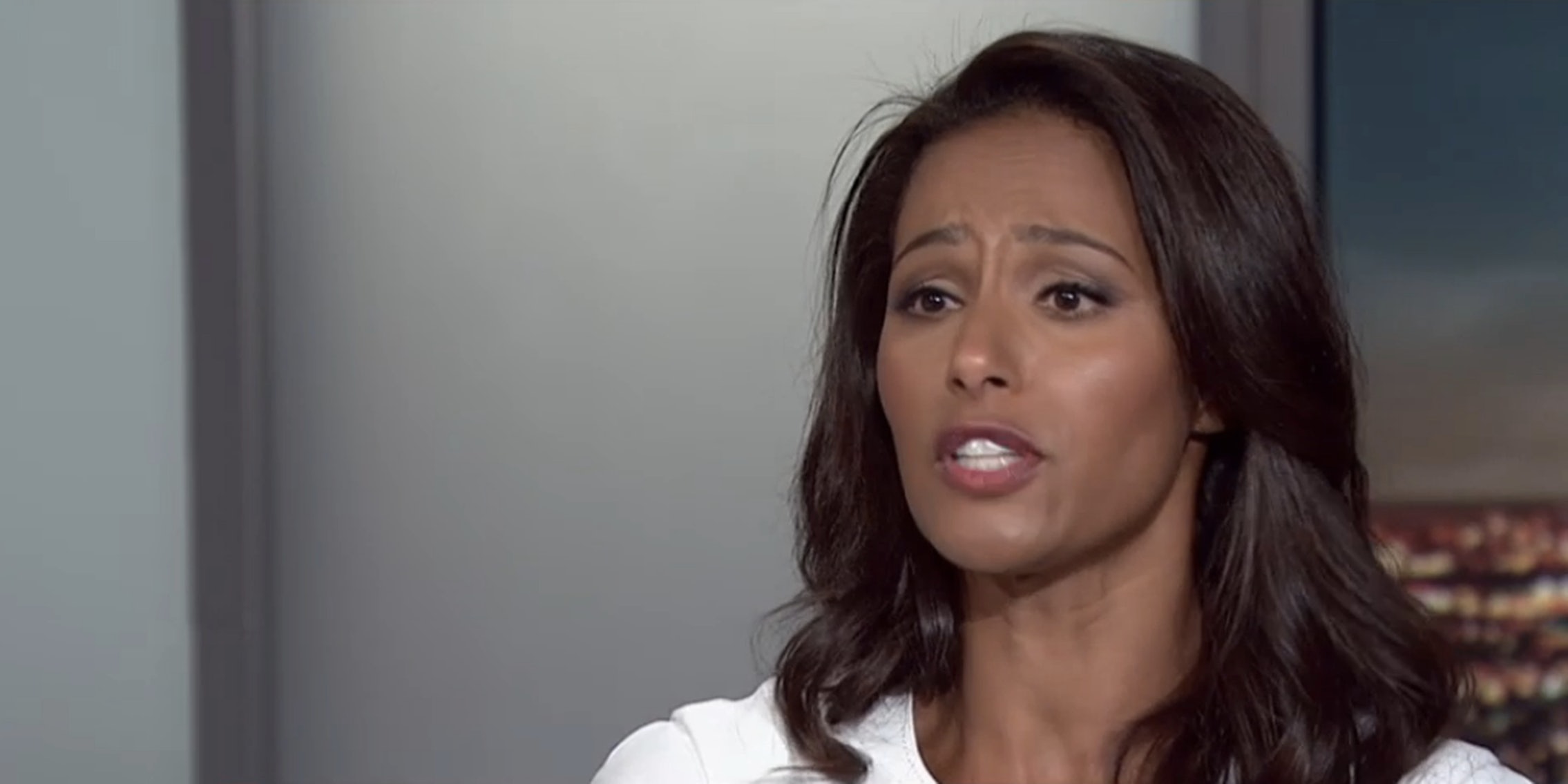 You can keep one person off TV, but you can't stop the Internet from freaking out.

After a Palestinian journalist sharply criticized MSNBC’s coverage of the crisis in Gaza on Ronan Farrow Daily this week, her future appearances were immediately cancelled by the network. But Tuesday night, after thousands of Twitter users rose to her defense, Rula Jebreal, an award-winning writer and screenwriter, found herself invited back on air.

On July 17, the Israeli Defense Force (IDF) launched a military incursion with thousands of soldiers into the northern Gaza Strip following ten days of airstrikes that failed to disrupt Hamas’ rocket-firing capabilities. Gaza, which is roughly the size of the city of Las Vegas, has also been under constant fire from the Israeli navy, whose shells have struck not only militant targets, but residences, offices and hospitals as well.

During the segment about Gaza that led to her dismissal, Jebreal told MSNBC host Ronan Farrow: “We are disgustingly biased when it comes to this issue.” She went on to single out the network for giving Israeli officials more airtime than Palestinians since the recent conflict began.

“I’m going to push back a little on that,” responded Farrow. “We’ve had Palestinian voices on our air.”

Watch the full interview here, via MSNBC. (Segment begins around 4:50):

After the appearance, Jebreal, who is—or was—MSNBC’s only Palestinian contributor, says she received emails cancelling her future TV appearances. She immediately took to Twitter, questioning whether her comments about pro-Israeli bias had been the cause:

My forthcoming TV appearances have been cancelled! Is there a link between my expose and the cancellation?what about you @EliLake ?

The tweet about her dismissal led to a flood of outrage directed at MSNBC’s account and a wave of support for Jebreal. Another tweet by journalist Glenn Greenwald, which pointed to Jebreal’s announcement, quickly accumulated hundreds of retweets. Thousands of mentions followed soon after:

I think that @RulaJebreal better get ready for an ‘extended’ vacation from @msnbc for her truth-telling on biased coverage.

@rulajebreal THANK YOU for calling out the biased, disproportionate coverage of the Gaza conflict by the media!

Brave @rulajebreal calls out US media bias in covering Gaza, but upcoming TV shows cancelled? Hey, @msnbc : why are you hiding the truth?

In an exclusive interview with journalist Max Blumenthal, Jebreal claimed that the amount of airtime given to Israeli politicians versus Palestinians is what ultimately forced her to speak out.

“They say we are balanced but their idea of balance is 90 percent Israeli guests and 10 percent Palestinians,” said Jebreal. “This kind of media is what leads to the failing policies that we see in Gaza.”

Blumenthal’s article also cited an anonymous NBC producer as claiming MSNBC’s president and its executives are “closely monitoring contributors’ social media accounts and engaging in a ‘witch hunt’ against anyone who strays from the official line.”

According to Blumenthal’s article, MSNBC show teams were “livid” that they had been forced to cancel Jebreal’s future appearances because of her statements.

Following the public outrage, Jebreal was invited back to MSNBC by host Chris Hayes, who offered her the opportunity to “hash out” her issue with the network’s Gaza coverage on Tuesday. Jebreal accepted the invitation and used her time on the network (and most of Hayes’ time) to reinforce her previous statements about the U.S. media’s disproportionate Gaza coverage.

At the top of the segment, Hayes all but confirmed that MSNBC had, in fact, cancelled Jebreal’s appearances.

“If you appear on a cable news network, you trash that network and one of its hosts by name on any issue … the folks at the network will not take kindly to it,” he said.

Hayes began the back-and-forth with Jebreal by admitting that, “broadly,” there is an imbalance in the representation of Palestinians and Israelis. “I agree with you on that,” he said. But, Hayes followed up by adding that MSNBC, and the media in general, has been doing a “much better job in this conflict.” Images of the destruction in Gaza have largely defined the coverage, he insisted.

Despite an intense exchange, Hayes seemed to agree with Jebreal’s perspective for the most part, except when he offered explanations for the lopsided coverage other than simply intentional bias. In comparison to Israeli public officials, Hayes noted, representatives from Hamas were difficult to book on his show. But Jebreal fired back, noticeably unhappy with the response: “You don’t have to. Palestinians are not only Hamas.”

By refusing to acknowledge Palestinian moderates, Jebreal argued, the media is reinforcing the idea that Hamas and Israel are the only two entities involved in the Gaza crisis, thus strengthening Hamas’ position. Once again, Hayes couldn’t help but agree.

“The way the crisis is covered, if there is violence we cover it. If there’s no violence, we don’t cover it,” he conceded. “And I think that creates an imbalance that puts us in a situation in which the forces that are pursuing violence end up being the most empowered.”

According to Jebreal, it wasn’t her heritage that compelled her to call out her (possibly former) employer: “I’m talking as somebody that works in the media, that feels a responsibility towards my audience, and feels that… you know what, we have ethics.”

Watch the Up with Chris Hayes segment below:

As of noon Wednesday local time, Gaza Health Ministry officials report that more than 642 Palestinians had been killed and more than 4,100 injured since hostilities intensified 16 days ago. The overwhelming majority of dead Palestinians have been civilians, with at least 150 were children among them, according to the United Nations. On the Israeli side, 29 soldiers and three civilians have been killed in conflict. One soldier is reportedly missing and may have been captured by Hamas.

Update: On Wednesday afternoon, MSNBC responded to Jebreal’s allegations that the station cancelled her future appearances, claiming that her contract had already ended. MSNBC further asserted that it features a multitude of “Palestinian voices” on its programs:

Regarding the claim of cancelled appearances: Jebreal’s pre-booked daytime appearance on Tuesday was bumped to accommodate the re-airing of Chris Hayes’ exclusive interview with Tariq Abu Khdeir, a 15 year old Palestinian American beaten by Israeli forces. Jebreal was a guest on “All In” with Chris Hayes on Tuesday night. While we don’t publicly discuss contract specifics, Jebreal’s contributor deal with MSNBC officially ended last month when she said she wanted to pursue new opportunities. We’ve welcomed her back on MSNBC several times since. Her voice is one of many Palestinian voices on MSNBC.