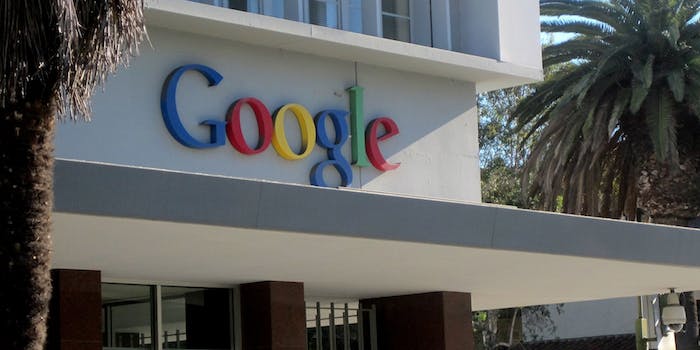 Did the MPAA order an illegal censorship campaign against Google?

A federal judge on Monday decided to halt an investigation into Google led by a state attorney general who is accused of being in Hollywood’s back pocket.

U.S. District Judge Henry Wingate placed a preliminary injunction against a 79-page subpoena issued by Mississippi Attorney General Jim Hood, who allegedly collaborated with studio lobbyists in what Google has characterized as an illegal censorship campaign.

“We are deeply concerned about recent reports that the Motion Picture Association of America (MPAA) led a secret, coordinated campaign to revive the failed [Stop Online Piracy Act] SOPA legislation through other means, and helped manufacture legal arguments in connection with an investigation by Mississippi State Attorney General Jim Hood,” Google wrote in a blog post on Monday.

The subpoena shot down by Judge Wingate was obtained by Hood ostensibly to learn if Google was violating state law by “exposing” Internet users to material that violates copyright laws. Google argued that federal laws prevent companies from being held liable for what individuals post online.

“Google has the better side of the legal arguments,” the judge reportedly told the court.

According to emails leaked during the November 2014 Sony Entertainment hack, the MPAA planned to use friendly state attorney generals, such as Hood, for the purpose of obtaining court orders to block websites “without first having to sue and prove the target [ISPs] are liable for copyright infringement.” Google is believed to be the company indicated in the documents under the code-name “Goliath.” According to the Verge, the MPAA also planned to provide money to aid in legal defense for state officials.

“In the post-SOPA world, we need to consider the extent to which a strategy presents a risk of a public relations backlash,” an MPAA lawyer wrote in one email, “whether a strategy might invigorate and galvanize the anti-copyright forces we saw in the SOPA debates.”

The MPAA actively plotting to undermine the integrity of public officials is hardly a new strategy; since its inception, the MPAA has used politicians to combat the advancement of almost every new form of media technology.

A well-known and historical example of this aversion to progress is the VCR. While speaking before Congress in 1982, Jack Valenti, then-head of the MPAA, compared the device to the Boston Strangler, a murderer of 13 women. Google Search, which anyone can use to locate pirated material hosted on other websites, is just the latest in a long line of MPAA targets.

The MPAA has close ties with officials in Washington and is a prime example of the “revolving door” between Capitol Hill and Hollywood. For example, 10 weeks before becoming president of the MPAA, Chris Dodd was a U.S. Senator. Last year, the trade group hired former California congressman, now-lobbyist, Howard Berman. While in office, Berman received financial contributions for supporting controversial copyright legislation that the MPAA wanted passed, including universally despised SOPA.

Congressional staff members are regularly offered jobs with lobbying firms well before leaving their positions; a legal, if dubious practice. Lauren Pasternack, for example, worked as a senior aide on the Senate Judiciary Committee while the PROTECT IP Act (PIPA)—an equally unpopular U.S. Senate version of SOPA—was being written. Less than two months after the bill was introduced, she left her position and went to work as an MPAA lobbyist trying to get PIPA signed into law.