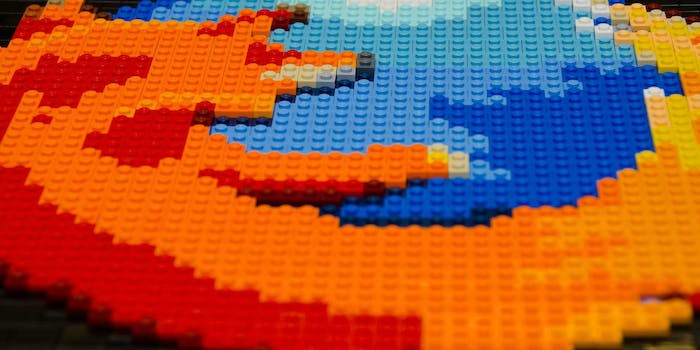 An anonymous Mozilla employee could be out of a job.

Mozilla, the maker of the popular Web browser Firefox, is searching for an employee who posted negative comments on Reddit about the company’s commitment to diversity.

In the company’s weekly public meeting, Mozilla CEO Chris Beard addressed concerns about comments on Reddit that appeared to be from a person employed by Mozilla. Beard said the anonymous posts “crossed the line from criticism to hate speech.”

“If and when we identify who this person is, if they are an employee, they will be fired. And regardless, either way, they are not welcome to continue to participate in the Mozilla project,” Beard said.

The Reddit account in question is /u/aoiyama and has been active as recently as last week when the user called recently departed community organizer Christie Koehler a “Social Justice bully” and suggested “people are sick of her divisive stupidity.”

The “divisive stupidity” the user alludes to is a recent stream of tweets that served as Koehler’s exit letter from the company. In the tweets, she chided Mozilla for a lack of diversity within the company and a failure to create an accessible workplace.

“Understanding how to create accessible, safe spaces is not an intrinsic quality. It is a skillset built through practice & listening,” she wrote on Twitter. “So tired as being seen as ridiculous at Mozilla for advocating for these things. Why am I still here?”

It’s worth noting that Koehler was supportive of ousted former CEO Brendan Eich, who resigned after receiving public scrutiny for his opposition of gay marriage, including a donating $1,000 in 2008 to a cause working to ban gay marriage in California.

The redditor who was happy to see Koehler leave, posted, “Frankly everyone was glad to see the back of Christie Koehler. She was batshit insane and permanently offended at everything.” The user went on to say, “When she and the rest of her blue-haired nose-pierced asshole feminists are gone, the tech industry will breathe a sigh of relief.”

The aoiyama account was created three months ago. It made its first post in /r/MensRights, a subreddit dedicated to the advancement of men, the gender that holds 95 percent of the CEO positions in the Fortune 1000, 80 percent of the seats in the Senate, 81 percent in the House of Representatives, 75 percent of governors and state legislators, and earns 16 cents per hour more on average than their female counterparts.

In the initial post, labeled in the subreddit as “discrimination,” aoiyama posts “An email was just sent out at work, with 2 free tickets to a major tech conference. They are only available to women employees. What should I do? Can I fight this?”

The user goes on to post the text of the email, in which it is explained that a Women in Technology Advocate at Google had invited women employees at the company (redacted in the email, but presumably Mozilla) to participate in Google I/O. The offer came from Google and was simply passed on by Mozilla to its employees, but aoiyama found this objectionable and discriminatory.

Beard stated that the posts were a violation of community guidelines for engagement within Mozilla and that behavior was not true to the company.