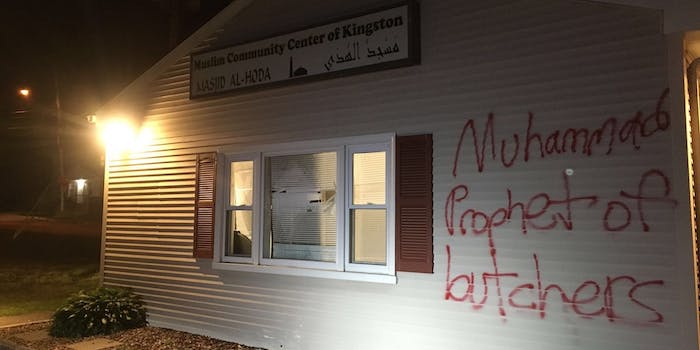 U.S. mosque target of hate crime after terrorist kills at least 84 in France

The FBI is currently assisting local authorities with the investigation.

Hours after the driver of a large truck mowed down a crowd in Nice, France, on Thursday night, killing at least 84 people, a Rhode Island mosque nearly 4,000 miles away was apparently targeted in a fallacious act of retribution.

Members of the Muslim Community Center of Kingston’s Masjid Al-Hoda discovered hate-speech scrawled across the front of their building in the small hours of Friday morning. In red spray-paint, the message read in tall letters: “Muhammad, prophet of butchers.” A window had also been smashed out.

Dr. Nasser Zawia, a spokesman for the mosque and dean of the graduate school at the nearby University of Rhode Island, was not immediately available for comment. He told the Providence Journal on Friday morning, however, that members of the community had been at the mosque since midnight to clean up. 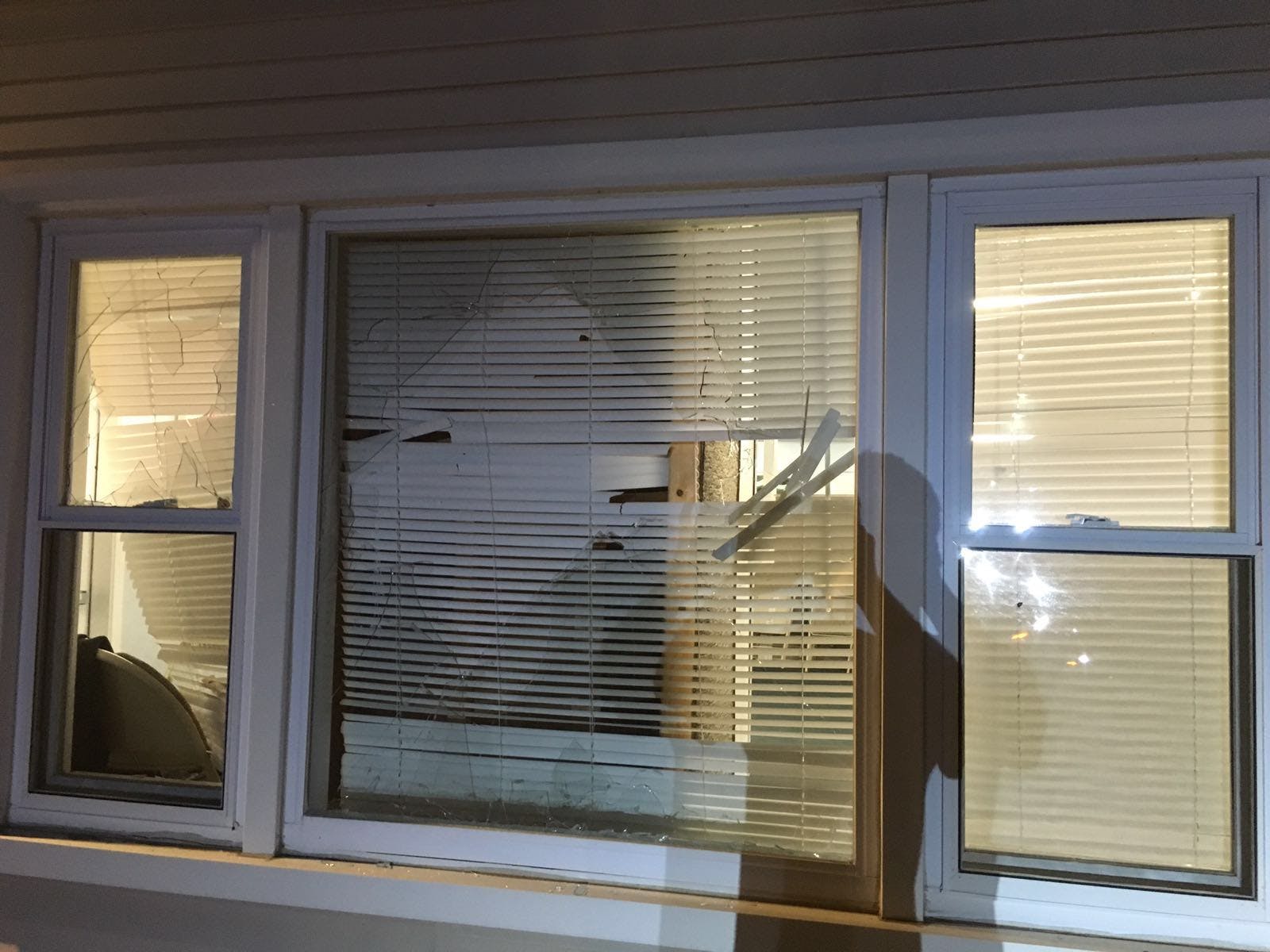 “We will not let ourselves be divided by turning on each other or by throwing away the principles of justice and religious inclusion on which our nation was founded,” said Dr. John Robbins, the executive director for CAIR Massachusetts. “We call for stepped-up protection of America’s Islamic institutions and for the repudiation of calls to hate and division by irresponsible public figures.”

Less than two weeks ago, CAIR issued a statement calling for unity against the Islamic State, which recently carried out a series of attacks targeting Muslims in Turkey, Iraq, Bangladesh, and Saudi Arabia.

“We no longer need to make the argument that ISIS is acting outside the bounds of Islam,” said CAIR National Executive Director Nihad Awad. “They have clearly demonstrated that fact by their actions. Over the past two years, these mass murderers have repeatedly attacked innocent people without regard to the principles or norms of any belief system.”

The Federal Bureau of Investigation confirmed by phone on Friday morning that it was assisting the South Kingstown Police Department in its investigation. A spokesperson for the police department said a statement regarding the mosque defacement was forthcoming.

The South Kingstown mosque was vandalized mere hours after a truck driver—Mohamed Lahouaiej Bouhlel, 31—plowed into a Bastille Day celebration along the promenade in Nice, killing 84 people and wounding more than 180 others. Bouhlel, who had a history of petty crime including burglary and theft, was shot and killed by police outside a hotel and casino while wielding a firearm.

The attack in Nice, which also claimed the lives of 10 children and teenagers, is the third major terrorist attack to strike France in the past 19 months.

At approximately 11pm on July 14, 2016, the South Kingstown Police Department received a call reporting windows being smashed at the Muslim Community Center located at 60 Fortin Road in Kingston, RI. Officers responded and found a window broken as well as the words “Muhammad Prophet of Butchers” spray painted in red lettering on the outside of the building. A witness to the incident described seeing a lone perpetrator wearing all black with a hood covering their head break a window with what appeared to be a long handled axe. This individual then ran from the scene. South Kingstown Police as well as members of the University of Rhode Island Police Department checked the immediate area and could not locate the suspect.