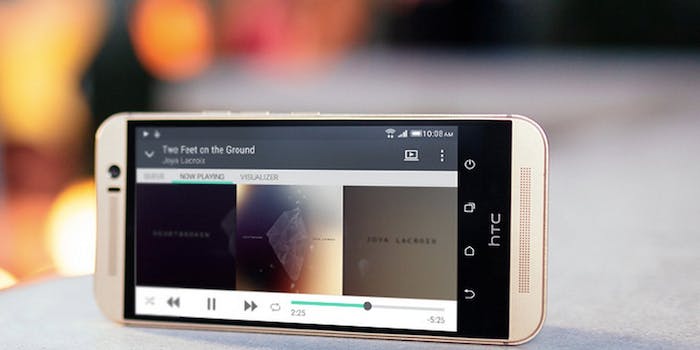 The best new smartphones you need to know about

A ton of new phones are being announced at Mobile World Congress this week, and here are the ones you should actually pay attention to.

If you’re launching a phone at Mobile World Congress, you better hope it’s good. It’s only the biggest smartphone-centric exhibition in the world, after all. There’s plenty of derivative work that shows up in smartphones, from similar features to identical chipsets, so differentiating a device from the pack is even more of a challenge.

Despite the obstacles, smartphone makers are moving full steam ahead. Here are the best phones released at the show.

If you ask just about anyone outside of the outraged Samsung loyalists, the Galaxy S6 is another step in the right direction for the Korean company that already dominates much of the Android market. The S6 is a continuation on the advancements of its predecessors, adding a speedy new octo-core CPU and 3GB of RAM—an amount usually only found in phablets and bigger device. Android lovers who require a microSD slot and removable battery will be sorely disappointed to learn those aren’t present here, though wireless charging may make up for some of that loss. 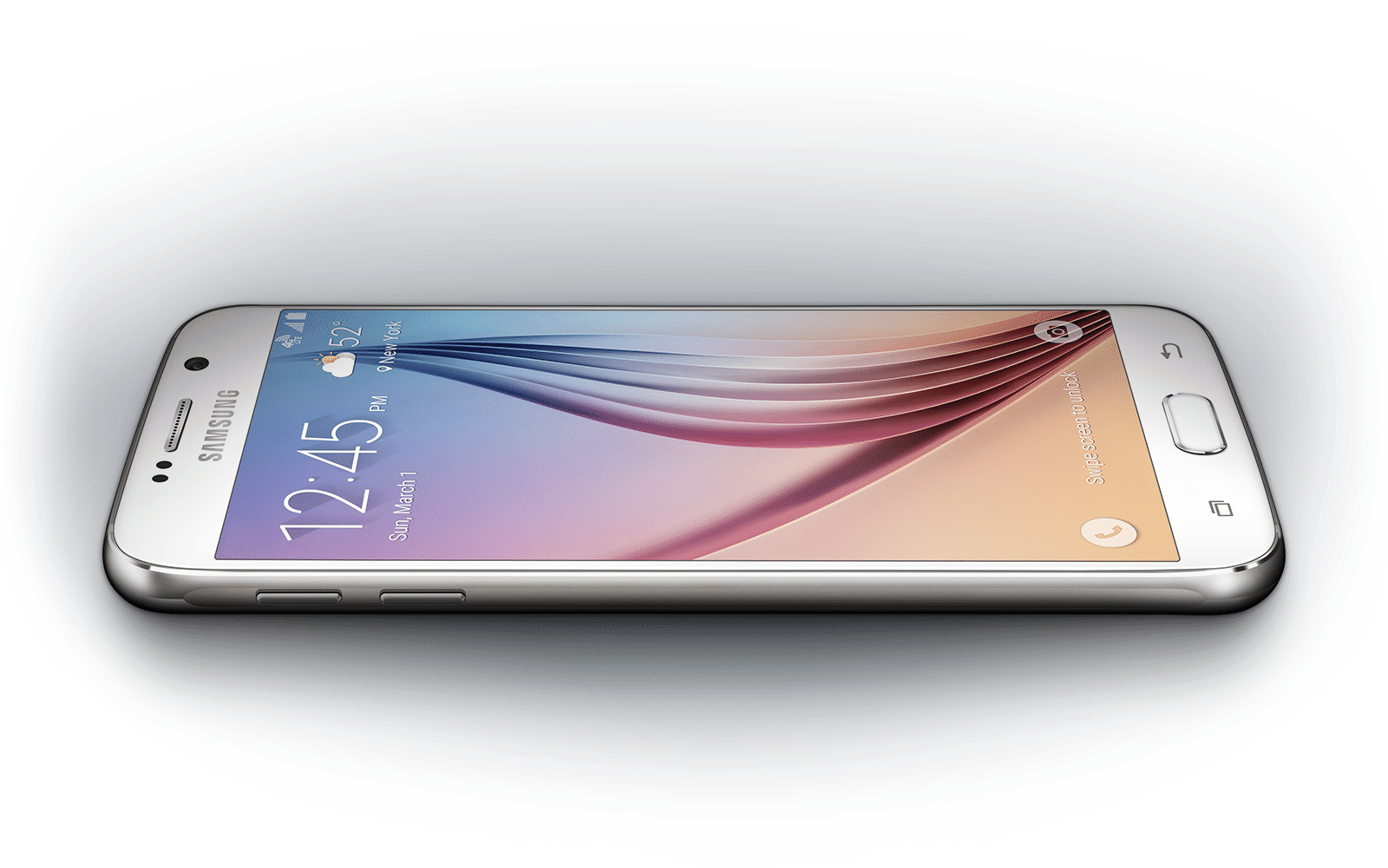 The biggest difference, though, may be what’s on the outside. The Galaxy S6 foregoes the cheaper, dimpled plastic build of previous models and opts for the sleeker and more polished metal and glass design. Is it totally reminiscent of the iPhone? Sure. Even the camera bulges out on the back of the device, just like Apple’s latest smartphone. But your attention will quickly be on the 5.1-inch display that packs in 577 pixels per inch.

While the Galaxy S6 may immediately make your brain think iPhone, it’d be difficult to account the Galaxy S6 Edge of cribbing off of anyone. The curved screen on the Edge is what smartphones would look like if Salvador Dali was left in charge of the design team, with a cascading edge that continues down both sides of the device. These edges give access to widgets and information without taking up the lion’s share of the screen. It’s a little quirky, but early reviews are positive. 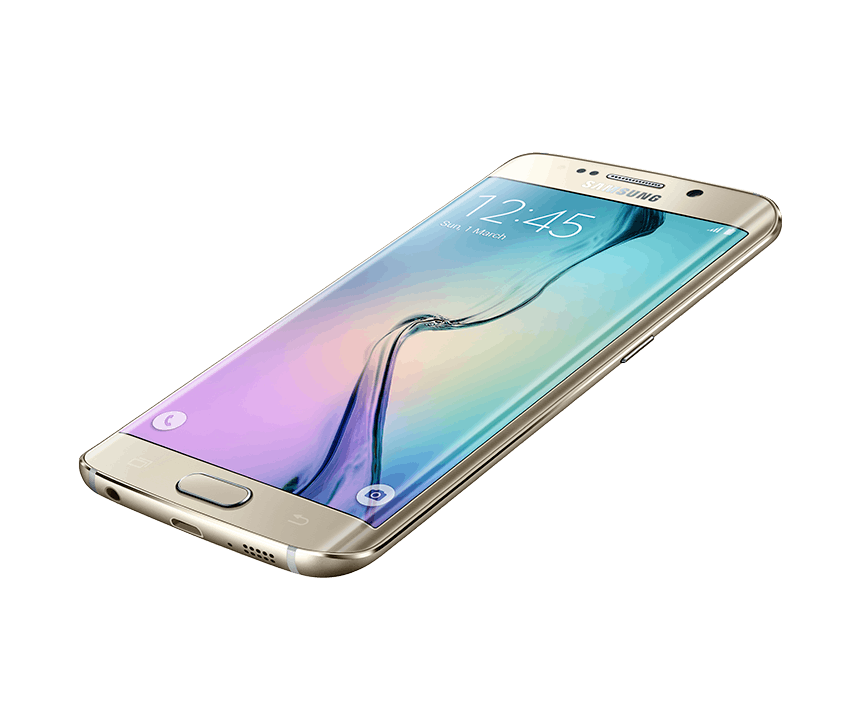 Outside of the screen, the S6 Edge is filled with essentially the same specs as the standard issue model. Minor differences in battery size, weight, and color options are the only other things that set the two phones apart. Also like the flagship S6, the S6 Edge will feature Samsung Pay: a new mobile payment option that will offer both NFC technology found in Apple Pay, Google Wallet, and Magnetic Secure Transmission (MST) that will allow the phone to communicate with old school credit card terminals (though it still won’t work with credit card imprinters).

HTC continues to chug along fairly quietly, making quality phones that people don’t pay much attention to. The One line has become a flagship offering worth noting, especially after getting a metallic makeover and impressive spec improvements over the years. The M9 model is another incremental step up over last year’s M8—perhaps too small of a true step forward, but when building off an already solid foundation, little tweaks count. 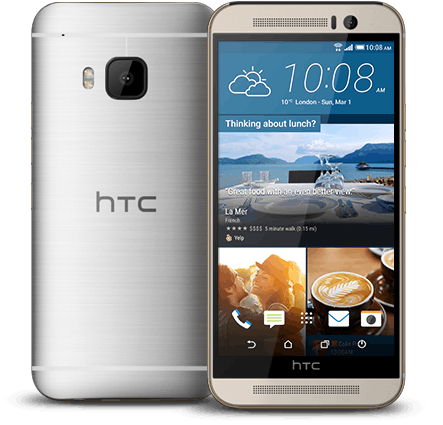 A lot of what’s on the spec sheet appears the same between the M9 and the M8: same size screen, same 1080p display, same front-facing dual BoomSound speakers. What’s new, though, is a powerful little processor in the form of the octo-core Qualcomm Snapdragon 810. It’s a noteworthy performance booster, especially when paired with 3GB of RAM. The handset also sports a powerful 20-megapixel camera, which pairs well with HTC’s new photo editing options.

The biggest draw from LG at Mobile World Congress has been its new watch. The LG Urbane Watch and Urbane Watch LTE have been stars on the growing wearables side of the mobile market. The South Korean company still has plenty of devices to show off in the smartphone category, though, and the Spirit is its new mid-range addition. 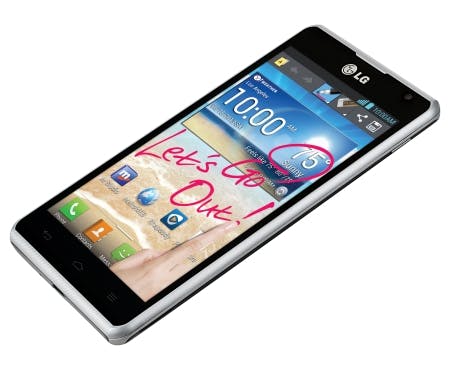 The Spirit carries what appears to be the new muse for LG’s mobile design: a curved screen. The trend that started with the company’s Flex has spread, and the Spirit sports the curved screen and back to make the device feel at home in your hand. It’s a little lower end on the display in terms of pure pixel count, but it does come with a 64-bit processor that should provide users with an unexpected amount of power in a budget-friendly phone.

Privacy is a major concern these days, especially on mobile devices where anyone could be listening—government ears, hackers, or otherwise. At last year’s Mobile World Congress, Silent Circle debuted its smartphone specifically crafted for the tin-foil hat crowd. Now it’s more relevant than ever, and the company is back with a new model of its locked down mobile device.

The Blackphone 2 makes use of a modified version of Android called PrivatOS. The most intriguing feature of the phone may be its “Spaces” service, which essentially partitions the device into heavily encrypted sections that can be dedicated to different purposes. The Blackphone 2 also has some specs worth noting with its 64-bit processor. Privacy comes at a cost, of course so when the device arrives, it’ll retail for $629.

Like LG, Huawei has been making waves at Mobile World Congress. Most of this is thanks to its gorgeously executed Huawei Watch and the entirely too weird Talkband B2. But the company is still making plenty of phones and tablets and, well, things like the MediaPad X2. 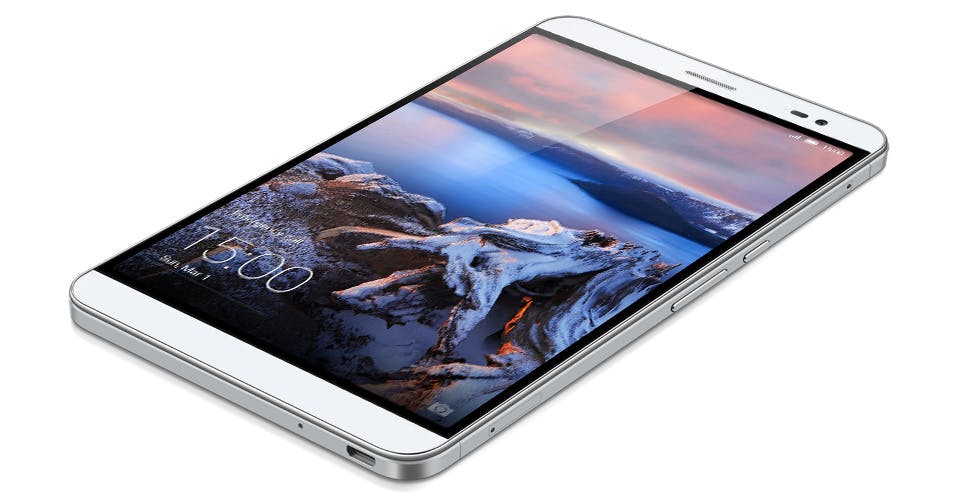 We have the phablet category to describe the super-sized phones, but the MediaPad X2 is just a straight up tablet that makes phone calls. It sports a 7-inch screen, which is big enough that MC Hammer would have trouble fitting it in his pants. But that massive amount of screen landscape also opens the device up to other additions on the inside. 3GB of RAM and an octo-core processor power the behemoth, and a 1,900 x 1,200 pixel display makes the most of the screen. If you find room to carry the thing, it’ll make for a pretty impressive device—and you can always pair it with one of those aforementioned Huawei wearables.

We may be approaching the age of the new OS. Android and iOS are still dominant but we’re starting to spot more defectors from the leaders. One of the more intriguing new offerings comes from Mozilla. At Mobile World Congress, the company best known for its browser announced new partnerships that will continue the spread of Firefox OS, including one with Japanese carrier KDDI that will put the operating system in a higher-end device. 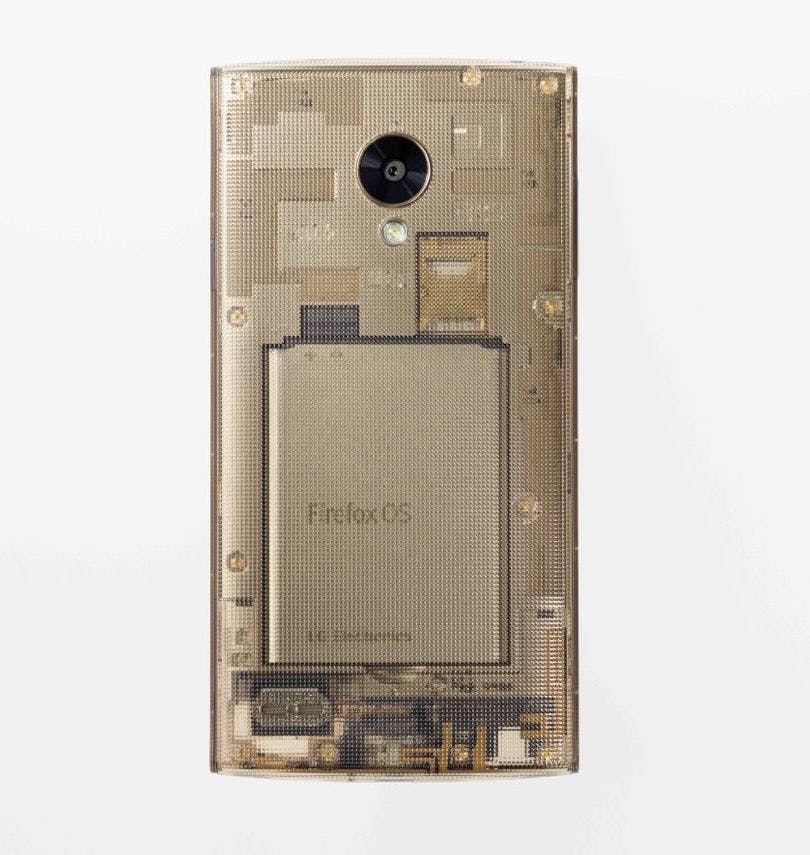 The Firefox Fx0, which is set to go on sale in Japan later this week, has the inner-workings of a solid mid-range handset. With a 4.7-inch screen, 1.2GHz Qualcomm Snapdragon 400 processor, 16GB of onboard storage, NFC technology, and 4G LTE capability, it gives Firefox OS a more powerful set of specs on which to run. The Fx0, which was developed by LG, may be the best opportunity to see just what Mozilla’s mobile OS is capable of.

Sometimes it’s amazing just to step back and consider how much power is packed into that tiny device in your pocket. But then step back and think again just how much that tiny, breakable is costing you. That’s why it’s not surprising to see people who work on job sites involving manual labor and heavy machinery using flip phones; they’re more durable in build and cheaper to replace if destroyed. 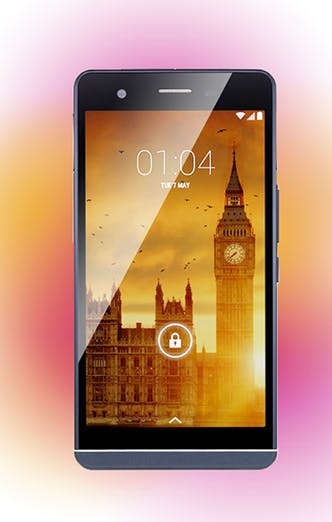 Kazam’s Tornado 455L may be the device that bridges the gap. The aptly named device that comes from an upstart company headed by former HTC executives, the Tornado 455L is made to take a beating. It’s protected by Gorilla Glass on all sides to fend off scuffs and scratches and has been dust- and water-proofed to make it capable of handling the elements. If that’s not enough to fend off damage, Kazam will replace the device if it cracks in the first year.

BlackBerry has quietly been rebuilding itself into a pretty respectable phone maker. The numbers may not be there yet, but it’s pretty clear that those who have stuck with the company this long have no intentions of jumping ship. 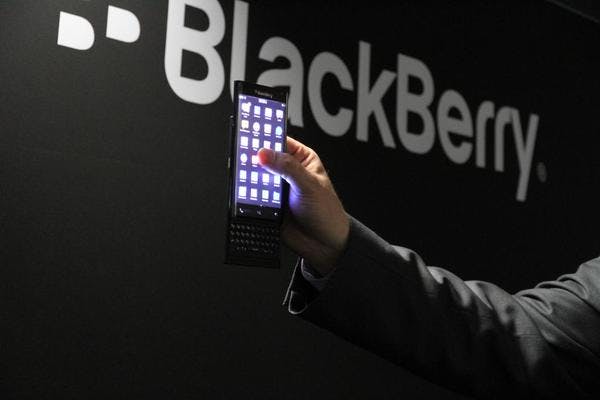 There’s been a clamoring for the return of the physical keyboard, and while BlackBerry has been trying to keep Ryan Seacrest from selling one of his own, the Canadian company has brought back the design on a phone of its own. Referred to on stage only as “the Slider,” the details are a bit sparse on the device. We know it features a dual-curved display (perhaps reminiscent of the new Samsung Galaxy S6 Edge) and the big draw is its slider keyboard. It won’t disrupt screen space—the display is all touchscreen—as the keyboard drops down from the back of the device. Maybe BlackBerry is on to something with its retro stylings. Quick, someone revive the Rokr!

When presented on stage during the company’s Mobile World Congress event, the Leap was made to be BlackBerry’s plea to young business professionals. Reaching outside of the phone maker’s key demographic of existing loyalists and trying to make a play for the people who grew up during BlackBerry’s fall to near irrelevance? That’s definitely asking those young potential users to make a leap. 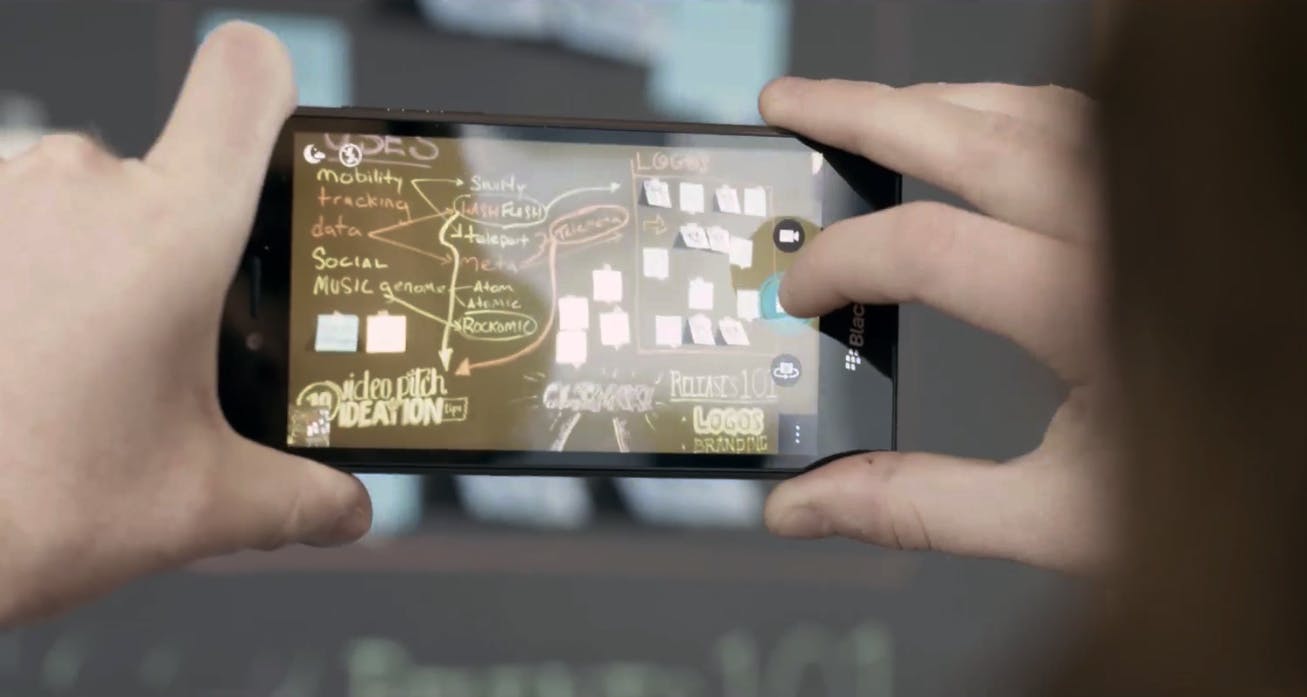 But BlackBerry may be on to something. The company played up the security features on the Leap, promising that private (and potentially compromising) texts and photos are locked down by BlackBerry’s encryption and anti-malware methods. The battery in the device is made to last for 25 hours with heavy usage, and BlackBerry can pitch a “best of both worlds” approach with its ability to download Android apps from the Amazon Appstore. Most compellingly, the phone will retail for $275 without a contract. Maybe it’s not such a leap after all.

As phones start to trend past the password and into the realm of biometric security measures, Chinese phone maker ZTE has opted to bypass fingerprints and head toward the head. The ZTE Grand S3 isn’t a new phone, but it’s getting a new way for users to gain access to it with eyeball-based biometric authentication. 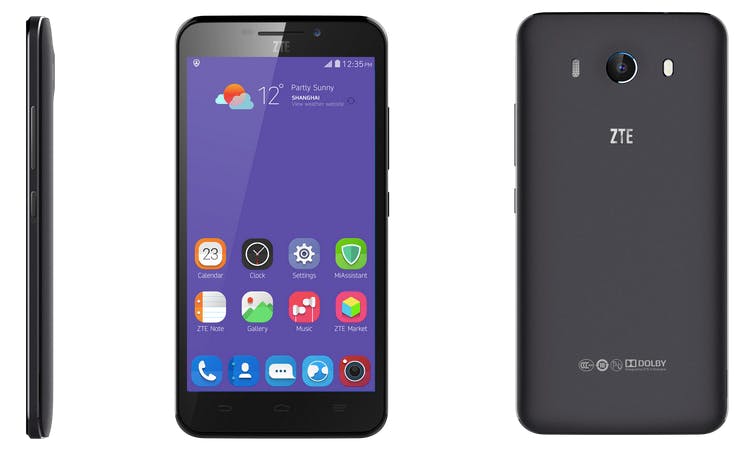 The Grand S3 won’t count on retina scanning but instead will use EyeVerify’s EyePrint ID software. It maps out a user’s eye to match blood vessels, which the company says is not only a unique and accurate way of identifying a person but also remains constant over a lifetime. If you’re unfamiliar with the rest of the Grand S3, it launched just last month in China with a 5.5-inch display, 2.5GHz quad-core processor, and 3GB of RAM. The flagship phone is expected to make its arrival in the U.S., eye scanner and all, sometime later this year.