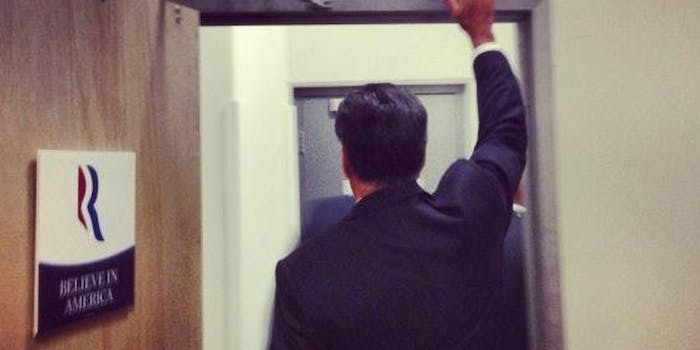 The presidential candidate suggested at tonight's debate that moderator Bob Schieffer check his website for specifics about his tax plan. We tried to do just that.

The best laid plans of mice and men are often explained on websites.

Take Republican party presidential candidate Mitt Romney’s and his much-maligned tax plan, for example. That thing’s elaborate and expansive, and the people want to know about it.

In fact, the specifics surroundings Mitt Romney’s tax plan are so sought after that Monday night’s presidential debate offered an action packed moment right in the middle of the 90 minutes in which moderator Bob Schieffer interrupted the former Massachusetts governor to probe him, asking him to explain how he could “cut about five percent of the discretionary budget excluding military” without “driving [the United States] deeper into debt.”

“The good news is, I’ll be happy to have you take a look,” he said. “Come on our website, you’ll look at how we get to a balanced budget within eight to 10 years.”

Websites! Of course. America, you can read about this plan on his website. 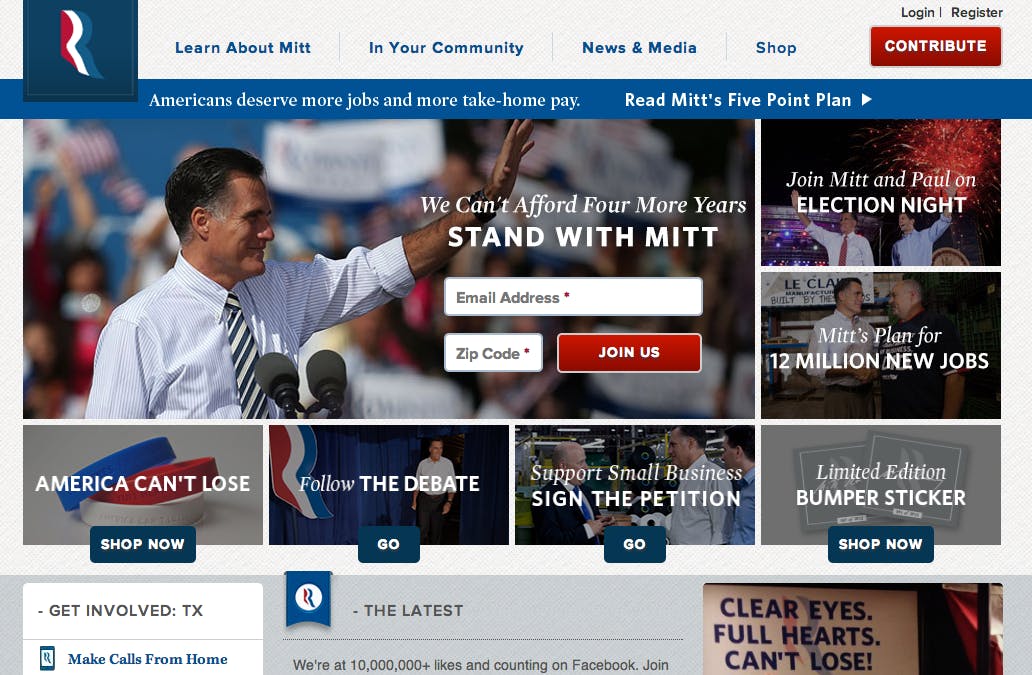 It turns out that finding said specifics aren’t so easy.

A quick visit to MittRomney.com finds more links than a sausage store in Sheboygan. You can “Follow the Debate.” You can “Support [Romney’s] Small Business Petition.” You can score bumper stickers and colorful bracelets, and you can choose to take Take Action against Obama.

What you can’t do so easily, however, is find any type specific information that concerns this successfully balanced budget of his.

Here’s how The Daily Dot can help. To move this little political discourse along, we’ve handicapped Mitt Romney’s website to provide a 5-point plan to his 5-point plan. 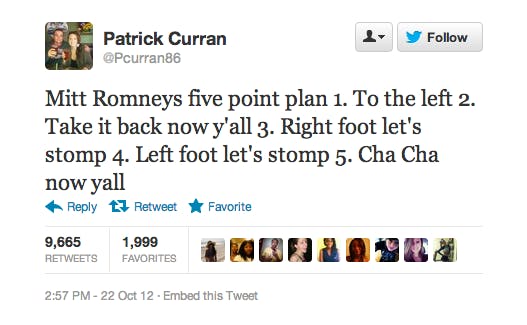 “Learn about Mitt?” Whatcha want to know? The first option on the top of Romney’s menu bar leads you to eight different sub-options ranging, from “Meet Mitt Romney” to “Taxes.”

Oh yeah, there’s an introduction. Of course there’s one. It’s seven paragraphs and includes such concise nuggets as “Part three is to provide Americans with the skills to succeed through better public schools” and “Part five of Mitt’s plan is to champion small businesses.”

Specifics? Not yet. We’ll dig on. 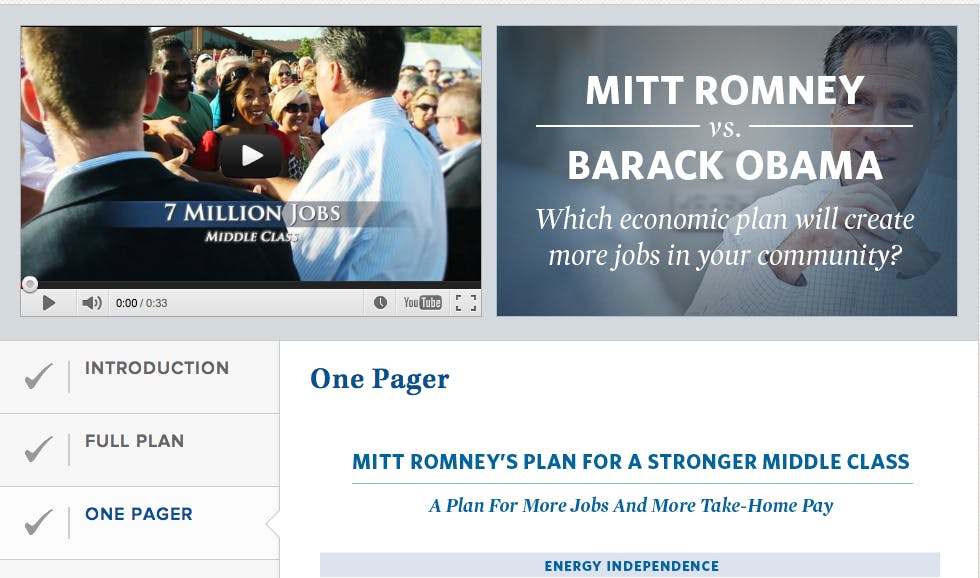 It’s 33 seconds to explain 12 million jobs, along with a thorough “My tax reform plan to lower rates for the middle class and small business creates seven million more.”

We should move on, right? Let’s move on.

Uh, oh. More paragraphs. “The Romney Program for Economic Recovery, Growth, and Jobs”—authored by professors from Columbia, Harvard, and Stanford—stretches eight pages on Scribd and hosts what might actually be a run-on sentence in the third paragraph.

It’s not until page four that the conversation turns to Romney and his policies, but this round only four “points” are shown, and they’re heralded on the page as “three main objectives” the Romney plan will achieve through “four main economic pillars.”

A one pager! Finally, something concise.

Romney’s one pager revives that five point plan found on the introduction, but we’re still looking at generics.

The governor plans to “Give every family access to a great school and quality teachers,” “Build stronger economic ties in Latin America,” and “Reduce taxes on job creation.”

It’s solid stuff, and the best we’ll get from his site, but we’ve got to be a nitpick here, Mitt: There are 20 bullet points on this one pager and only two specific figures.

Those two, for those still trying to keep track, are “Immediately reduce non-security discretionary spending by five percent” and “Cap federal spending below twenty percent of the economy.”

Is it enough to convince wayward voters? Young America, that probably depends on what your definition of “is” is.