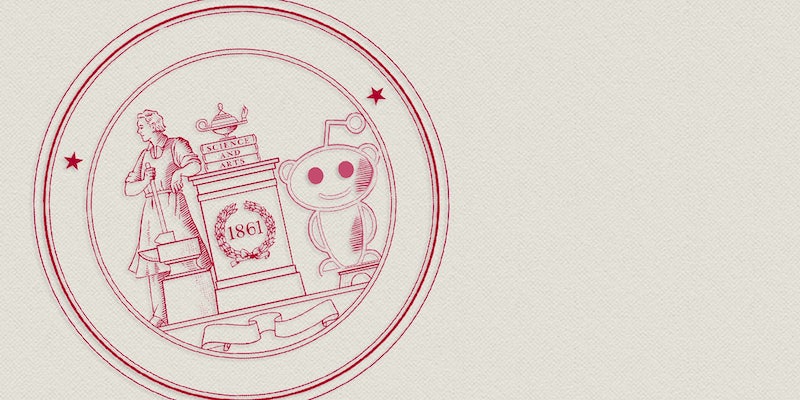 New course at MIT aims to give students ‘credit for Reddit’

The next time your boss catches you wasting valuable company time on Reddit, you can throw out this excuse.

The next time your boss catches you wasting valuable company time on Reddit, you can throw out this excuse in your defense: “It’s part of my course load at MIT.”

A new course at the prestigious Massachusetts Institute of Technology aims to delve deep into the front page of the Internet, sweeping away all of the memes and shallow content and study what really makes the site work. The course has been dubbed “Credit for Reddit.” Chris Peterson, who co-instructs the course with Ed Schiappa, told Vice.com that the course grew out of a separate research project on Reddit as well as several Reddit discussions about how to turn the site, and social media in general, into a deeper study on aspects like groupthink and social power dynamics.

“One of the things we try to do in this class is make sure people understand that the technology they use in their daily lives is rooted very deeply in important social issues,” he said. “If something is on the front page of Reddit, now it matters. It tells you something about that community and what they find important.”

MIT’s plans to merge education with Reddit are nothing new. Reddit itself offers online courses and, on a larger scale, colleges all over the country are trying to incorporate social media in general into curriculums. On top of that, studies of the site are constantly being performed, measuring everything from grudges held by users to which subreddits are the most swear-laden.

Presumably, cat pictures net you no extra credit. But in 2014, knowing how to mine social media for online content can always land you a media job.