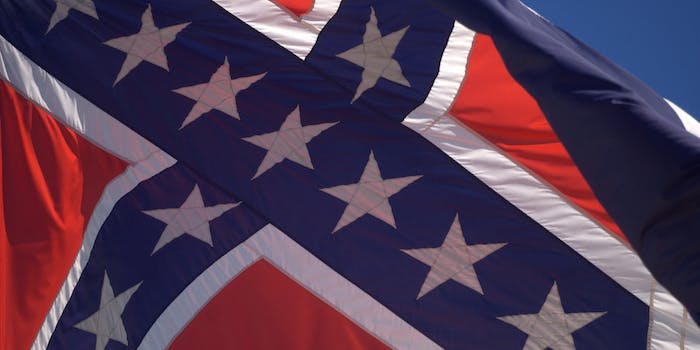 The current Mississippi flag, which bears a Confederate emblem, has been in use for 100 years.

In the wake of last week’s race-motivated Charleston, South Carolina, church shooting, lawmakers in Mississippi are considering a vote to remove a Confederate emblem from the state flag, which many view as a symbol of racism and slavery.

The vicious killing of nine churchgoers during an evening bible study session has revived efforts nationwide to do away with the symbols tied to the former Confederate States of America. At a Monday press conference, South Carolina Gov. Nikki Haley (R) called for the removal of the Confederate “battle flag” from the state grounds.

The design of the Mississippi state flag has contained in its upper-left corner the same Confederate emblem since 1894. In May 2000, the Mississippi Supreme Court ruled that the law establishing the flag had expired after ten years. Instead of reverting to the original flag, however, which features a magnolia tree and no imagery associated with slavery, lawmakers held a referendum in April 2001, in which voters were asked to choose between a new design and one containing the battle flag of the Confederacy. Roughly two-thirds voted to keep the 1894 design. 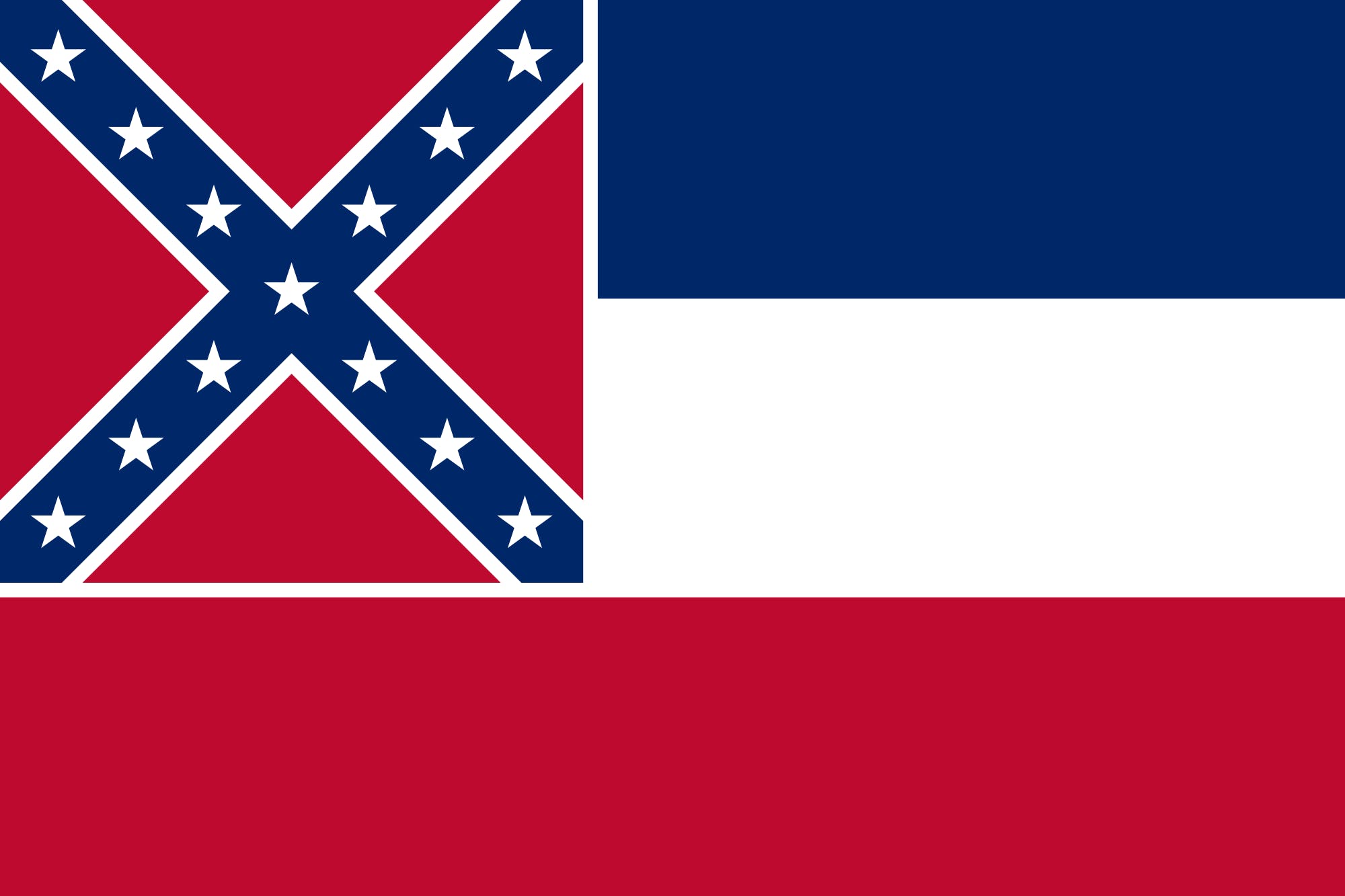 “We must always remember our past, but that does not mean we must let it define us,” Philip Gunn, the Republican speaker of the Mississippi house, said in a statement on Monday. “As a Christian, I believe our state’s flag has become a point of offense that needs to be removed. We need to begin having conversations about changing Mississippi’s flag.”

A petition on MoveOn.org calling for the removal of the Confederate emblem had generated nearly 9,000 signatures at time of writing.

Photographs of suspected Charleston shooter Dylann Roof discovered online over the weekend show him standing next to or holding the Confederate flag while posing with weapons. In the same batch of photos, he’s seen spitting on and burning the American flag and wearing a coded reference to Adolf Hitler on his T-shirt.

A 2,500 word manifesto apparently written by Roof was discovered as well. In it, the author writes that he believes blacks are inferior and says he “chose Charleston” because “at one time had the highest ratio of blacks to Whites in the country.”

“We have no skinheads, no real KKK, no one doing anything but talking on the Internet,” it reads. “Well someone has to have the bravery to take it to the real world, and I guess that has to be me.” South Carolina’s government drew scorn in the aftermath of the shooting when photographs of circulated online showing the American flag and the South Carolina flag atop the State House flying at half-staff, while a Confederate flag displayed prominently on the grounds remained at full-staff.

“Today, we are here in a moment of unity in our state, without ill will, to say it is time to move the flag from the Capitol grounds,” Gov. Haley said during a news conference. She was joined by presidential candidate Sen. Lindsey Graham (R-S.C.), a previous supporter of the Confederate flag’s placement atop the State House building. Haley had previously put the issue to rest as well, saying through a spokesperson in 2013 that it wasn’t “part of the governor’s agenda.”

“The murderer, now locked up in Charleston, said he hoped his actions would start a race war,” Haley continued. “We have an opportunity to show that not only was he wrong, but that just the opposite is happening.

“My hope is that by removing a symbol that divides us, we can move our state forward in harmony, and we can honor the nine blessed souls who are now in heaven,” she said.

July 4th is just around the corner. It will be fitting that our state Capitol will soon fly the flags of our country & state, and no others.

California Gov. Jerry Brown signed legislation last September prohibiting state agencies from selling or displaying items bearing the Confederate flag. The legislation was proposed by a state Assemblyman Isadore Hall after his mother saw a replica of Confederate money for sale in a capitol gift shop. And on Tuesday, Virginia announced that it would ban imagery of the Confederate flag on state license plates.