Wearable technology doesn’t have a great history of being fashionable, usually serving up connectivity in a hunk of plastic. Misfit, the makers of a stylish line of fitness trackers, is thinking fashion forward with its newest wearable that is giving new meaning to the “Shine” line.

The aptly named Swarovski Shine sports a glimmering crystal from Swarovski as its centerpiece. The gaze-grabbing gem is surrounded by a collection of smaller crystals liberally studded around the wristband, as if no one in the Misfit office knows the word “excess.” It’s an eye-catching wearable, but for once it’s for the right reasons.

Lest you think Misfit has forgotten its mission, the Swarovski piece is just a face for the company’s motion and sleep monitoring sensors. Tiny lights under the gemstone face light up to display the time and additional information. The Swarovski Shine maintains the flexibility of the existing Shine tracker, as well—though it’s not going for the discrete look like the plain Shine does. The crystal is meant to be seen, and can be worn on a bracelet or as a pendant. 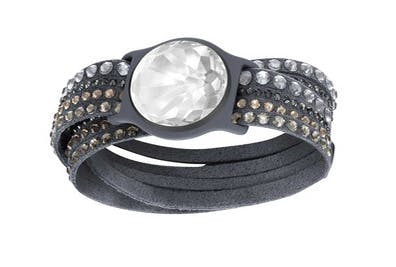 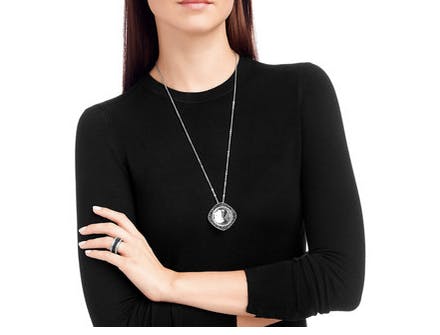 There will be two versions of the Swarovski Shine: a clear version that will run on a watch battery and a vibrant purple model that will be solar-powered and never require a charge. This marks a first for the fitness wearables, which usually require an external charge or a change of battery at some point during their lifespan.

The one place that the Swarovski Shine does break the Misfit model is regarding its price tag. While the Shine is priced at $99 and the Flash at $50, the Swarovski Shine will start at $169.99 and will be priced as high as $249.99. Three different sets will be sold, with a tracker and two accessories included.

Pre-orders for the fashionable fitness tracker have started and the device is expected to arrive in the spring of 2015.