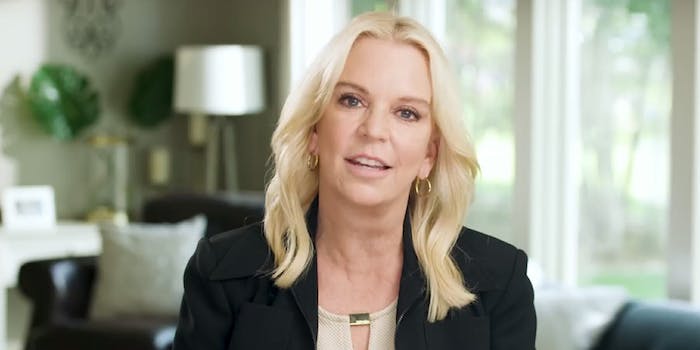 The posts were in reference to the movie 'Bedtime for Bonzo.'

A Minnesota Republican running for Senate compared former First Lady Michelle Obama to a “chimp” in a Facebook post in 2009, according to a new report.

HuffPost reports that Karin Housley, who is running against Sen. Tina Smith (D-Minn.) this November, made the comparison in a post about Michelle Obama’s posture in April 2009.

“Michelle is soooo far from cool. Don’t we expect our First Ladies to at least stand up straight? (And my dear sister, know the proper etiquette and DO NOT TOUCH THE QUEEN!),” the Minnesota Senate candidate wrote, according to the news outlet.

She then compared the former first lady to the chimpanzee in Bedtime for Bonzo, a movie that former president Ronald Reagan starred in.

“I do miss Nancy Reagan. Ronald even more. Speaking of Bedtime for Bonzo, I think even that chimp stood up straighter than Michelle,” she wrote. “Uh-oh, someone is going to make a comment.”

Smith was chosen to replace former Sen. Al Franken after he resigned amid sexual misconduct allegations.