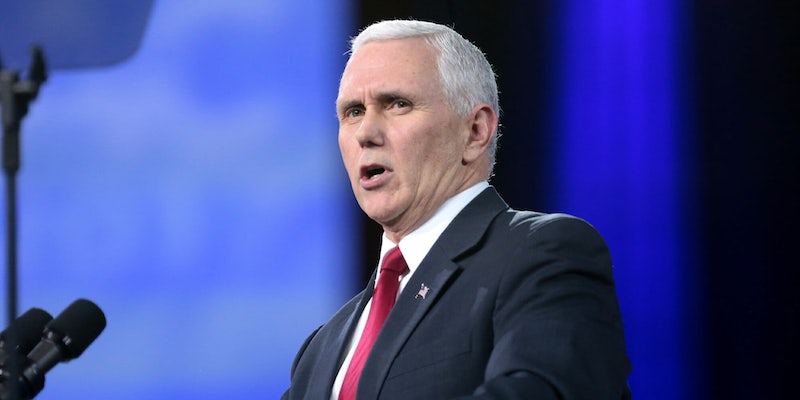 On Thursday Trump said he knew 'nothing' about the organization.

Vice President Mike Pence said President Donald Trump’s adulation of WikiLeaks ahead of the 2016 election was not an “endorsement” when asked about it in a recent interview.

The vice president made the remark when speaking with CNN reporter Dana Bash during an interview that aired on Friday.

“I think the president always, as you in the media do, always welcomes information. But that was in no way an endorsement… of an organization that we now understand was involved in disseminating classified information by the United States of America,” he said.

In the lead up to the 2016 presidential election, Trump repeatedly said he was happy that the organization was sharing emails from Hillary Clinton’s campaign, and at one point called it a “treasure trove.”

Pence’s comments come the day after WikiLeaks founder Julian Assange was arrested at the Ecuadorian Embassy in London and the president telling reporters that he knew “nothing about WikiLeaks.”

Assange faces possible extradition to the United States. His indictment was revealed by the Department of Justice on Thursday.