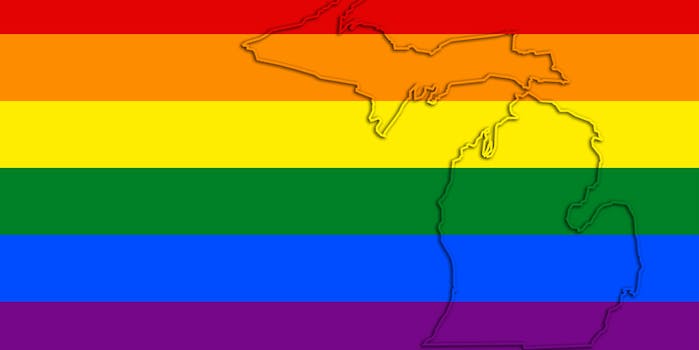 The bills were approved by the Senate, and then quickly signed in law by Governor Snyder on Thursday.

The Republican-controlled Senate approved three bills Wednesday with a series of 26-12 votes. All 11 Democrats voted against them, as did Sen. Tory Rocca (R-Sterling Heights).

“What we are doing here is allowing the beliefs of a few to have horrible consequences for the many,” said Senate Minority Leader Jim Ananich (D-Flint), according to a Michigan Live report.

Rick Snyder, a Republican, wasted little time signing all three bills into law. The move did not come as a surprise; in 2011, Snyder signed into law a ban on same-sex domestic partner benefits for state and civil employees. A judge struck down the law in 2013, deeming it unconstitutional.

According to Michigan Live, Snyder made a somewhat oxymoronical statement about the bills’ passage on Thursday.

“We are focused on ensuring that as many children are adopted to as many loving families as possible regardless of their makeup,” Snyder said.

“I can’t tell you how embarrassed I am that this is a policy we actually have to be debating in 2015,” said Knezek in a floor speech in which he also described happily working alongside LGBT service members during his tenure as a Marine.

“Do we really believe, and are we actually discussing,” Knezek asked, “Whether or not homosexuality is a sinful and deviant behavior in the state Senate? Do we really believe that these gay parents are incapable of raising their children without corrupting or demoralizing them?”

Michigan is one of the few northern states that has an extremely low tolerance of LGBT rights from a policy standpoint. According to Equality Michigan, state law makes it legal to fire an employee for being gay, lesbian, bisexual, or transgender, and it is also legal to turn an LGBT person away at any business and deny them housing. Anti-gay conversion therapy is legal in the state, and there are no protections for LGBT students with respect to bullying and hate crimes in schools.

The new bills, in fact, are slightly confusing given that Michigan does not permit same-sex couples to jointly petition to adopt. According to the Human Rights Campaign, there are obstacles to LGBT second-parent adoption as well.

With adoption already inaccessible to LGBT couples in Michigan, then, the Republican Senate is going out of its way to extend unnecessary extra barriers to allowing LGBT parents to adopt children in need of families.

The Detroit News reported that Sen. Coleman Young (D-Detroit) railed against the prevalence of legislation sweeping the country that uses religious freedom as an excuse to obstruct LGBT civil rights.

The Republican Senate that passed the adoption bills, said Coleman, were “pretending to use religious freedom as a shield while they are really wielding it as a sword.”

This story has been updated to reflect Snyder’s signature.