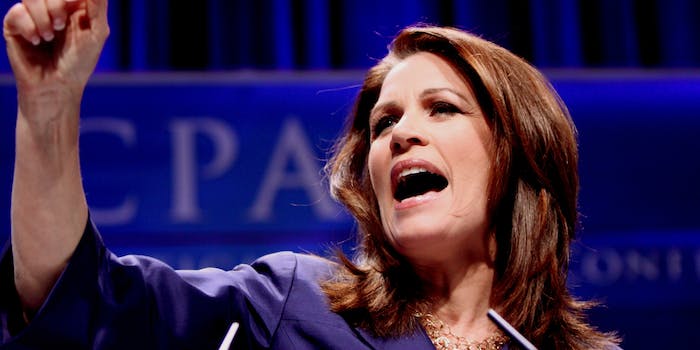 Is she the source of dumb politics on Facebook?

President Obama’s administration is working to convince Iran to delay the development of its nuclear program, though its efforts have been hampered by congressional Republicans.

Lubitz, on the other hand, was a commercial airline copilot who reportedly suffered from depression. Prosecutors say he deliberately steered Germanwings flight 9525 into a French Alps mountain in March, killing himself and all 149 passengers aboard.

Bachmann, a Minnesota Tea Party Republican, was known as a staunch opponent of same-sex marriage in Congress, and retired in 2014.