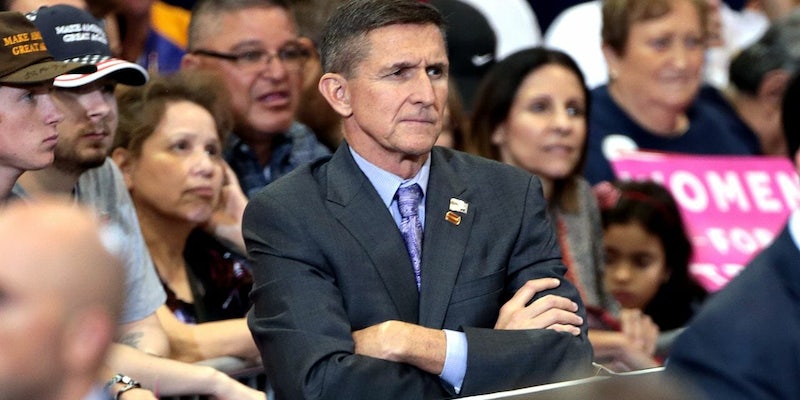 The FBI is investigating whether Trump personnel colluded with Russian officials in interfering with the presidential election.

President Donald Trump’s former national security adviser, Michael Flynn, is willing to be interviewed by the FBI and congressional officials investigating the Trump’s campaign potential ties to Russia, according to the Wall Street Journal. In exchange for immunity from prosecution, that is.

According to the Journal, Flynn has made the offer to the Federal Bureau of Investigation (FBI) and congressional intelligence committees through his lawyer. No response has been made by officials.

Flynn had access to the most sensitive foreign policy interactions of Trump’s campaign, including discussions to potentially lift sanctions on Russia. He was asked to resign after misleading White House officials about his phone conversations with  Russian ambassador Sergei Kislyak following the 2016 election.

The FBI is investigating whether Trump personnel colluded with Russian officials in interfering with the presidential election. Flynn’s communications with ambassador Kislyak are under review.

Prior to Trump winning the election, Flynn was paid tens of thousands of dollars by Russians companies to give speeches. There has been plenty of interaction with Russians on his end, but the extent is not yet clear.

Mike Flynn should ask for immunity in that this is a witch hunt (excuse for big election loss), by media & Dems, of historic proportion!