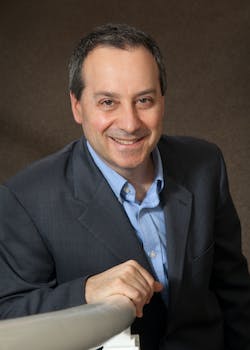 As politics move online, the medium is no longer the message

Activist Micah Sifry says it’s time to stop marveling that political candidates are joining Web communities. Let’s see what they have to say!

We marvel that Barack Obama posts animated GIFs on Tumblr and Buddy Roemer documents his campaign trail on Instagram. We ponder what it means that most candidates seem to have abandoned Google+.

None of that means anything, Sifry says—a message he’s taking to a potentially hostile audience at South by Southwest Interactive this year, where he’s speaking on the panel “Election 2012: Campaigns, Coverage & the Internet.”

Sifry is the editorial director of Personal Democracy Media, a site that discusses how the Web is changing democracy and opening new doors for people who were previously left out.

“[Social media] is opening up the process to the masses and millions of people in the United States and elsewhere are becoming more active in creating and spreading political information,” Sifry said. “Everyone from the Tea Party to the Occupy Movement.”

Sifry said social media has most benefited grassroots movements that likely would not have been able to organize as efficiently in the past, because of the high and expensive barriers of traditional media. He pointed to movements in Egypt, Syria, and across Europe that have all relied on social media—Twitter and the like—to rally and organize.

And as we’ve seen in the past, social media has given voice to candidates who may not otherwise have been heard. Buddy Roemer, a former governor of Louisiana, is focusing almost his entire campaign to secure a spot with Americans Elect, an Internet-based third party, on a 50-state Twitter strategy.

Fred Karger, the first openly gay candidate to run for president, told the Daily Dot that his campaign was only possible because of social media. “I owe my life and my success to social media,” he said. “It was there for me since the beginning and it’s still there for me.”

Sifry said social media can help unknowns and long shots, but there are some things that haven’t changed in the political landscape:

“[Candidates] need other things to be more popular, like money and supporters. But social media tools can help them gain support quickly, so long as they have a compelling message.”

The message is what Sifry keeps coming back to. He insists that no single social-media site can change the conversation. “The tools are not the story,” he said. Only the message itself can do that.

It’s in the interest of tech companies that build social networks we use to communicate to emphasize tools over topics—and to suggest that their creations are responsible for the change we’re seeing.

But it’s the conversations we have on social media, not the networks we use, that matter, Sifry argues. “I hope we can separate the reality from the hype in this election,” he said.