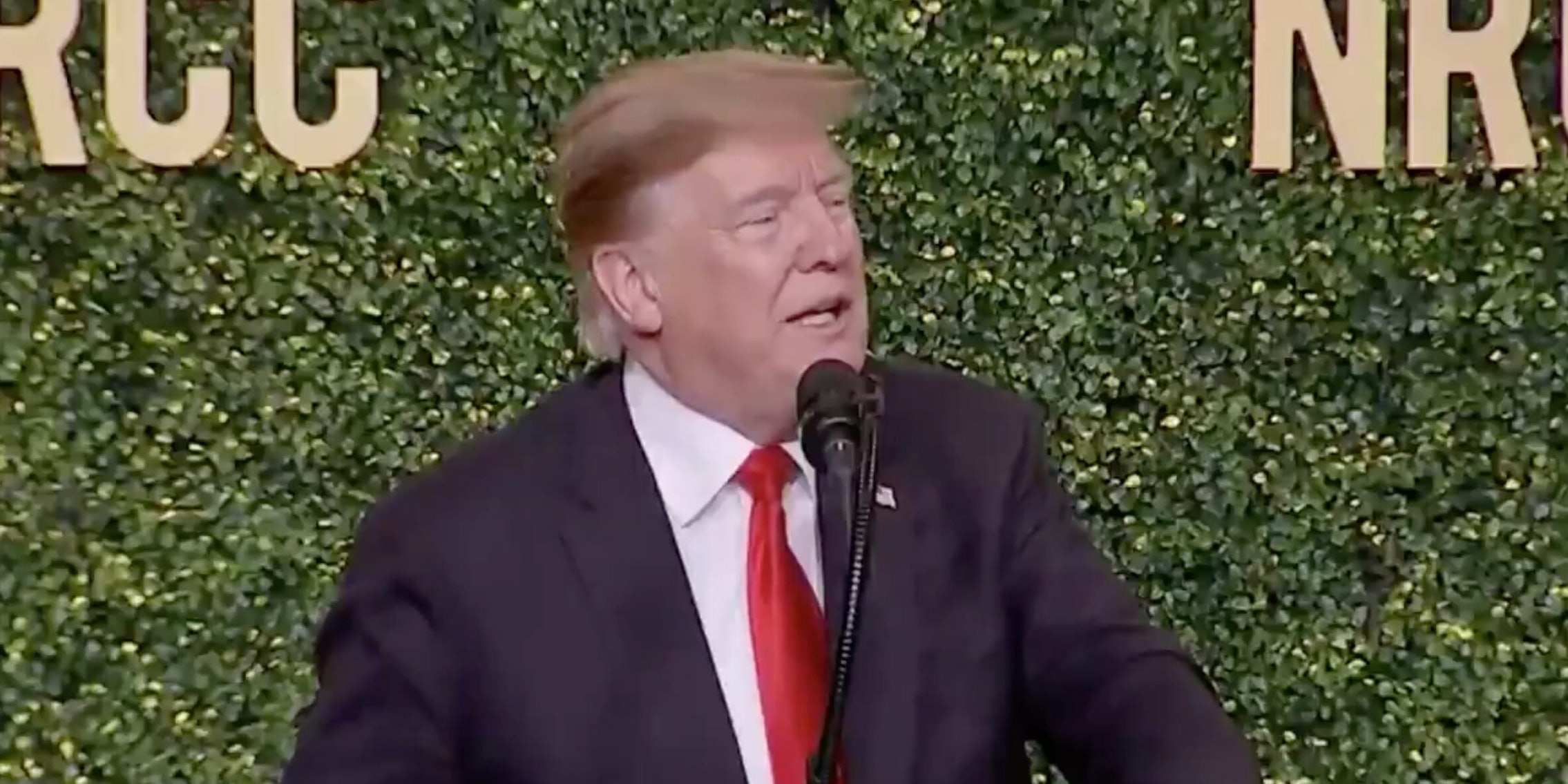 Mercedes Schlapp was asked about Trump's implication from earlier this week.

White House Director of Strategic Communications Mercedes Schlapp was tasked with trying to answer for claims made by President Donald Trump earlier this week where he implied windmills caused cancer.

When pressed, Schlapp said she didn’t “have an answer” about Trump’s implication he made during a speech for the National Republican Congressional Committee.

Question: "Do wind turbines cause cancer?"

Mercedes Schlapp, White House Director of Strategic Communications: "I don't have an answer to that." pic.twitter.com/cxcZHQoov2

The president implied that the sound of windmills causes cancer while he was bashing the Green New Deal.

“Hillary wanted to put up wind, wind. If you have a windmill anywhere near your house, congratulations, your house just went down 75 percent in value,” he told those in attendance. “And they say the noise causes cancer… and of course it’s like a graveyard for birds.”

As the Atlantic noted in 2017, the windmill-cancer claim is false.

The president recently has criticized windmills on numerous occasions as he tries to use the Green New Deal as something to campaign against.

He told the National Republican Congressional Committee: “If they beat me with the Green New Deal, I deserve to lose. It’s true.”