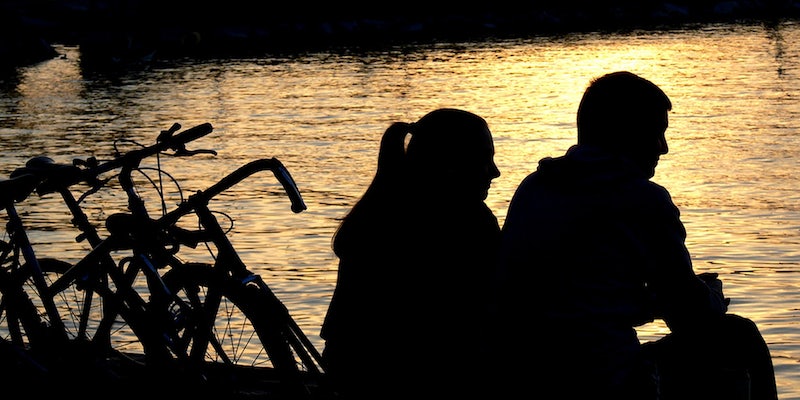 Match.com is using face-recognition technology to find an upgraded version of your ex

Match.com wants to give you sexual deja vu by matching you up with people who look like people you've already slept with.

Most people have a “type,” meaning they’re primarily attracted to people who share certain physical or personality traits with a former crush or ex. (For me, it’s redheads, because the first guy who ever broke up with me looked like a 14-year-old Jewish version of Ronald McDonald. Yeah, whatever, we all got baggage, so don’t judge.)

To that end, Match.com is teaming up with the Los Angeles-based matchmaking startup Three Day Rule for a service that uses facial recognition technology to match you with users who look like your ex. Just upload a photo from Facebook, and Match.com will come up with a list of people they think you might like to sleep with… who look like people you’ve already slept with. It’s like high-tech, sexual deja vu.

For $5,000, or the cost of a six-month membership with Three Day Rule (that’s on top of a regular subscription to Match.com itself), Match.com users will have access to a dating coach who’ll meet you in person and get to know your preferences in a potential partner. From there, the coach will compare photos of your ex with the users in both Match.com and Three Day Rule’s databases to match you with someone who has a similar facial structure to people you’ve dated in the past.

“I’ve noticed over my years in matchmaking that people have types,” Three Day Rule founder Talia Goldstein recently told Mashable. “I always ask my clients to send me photos of their exes. They say that they don’t have a type, but when I see the photos, to me they look very similar. The exes may be different ethnicities, or have different hair color, but their facial structures are the same.”

While Goldstein is correct in the sense that it’s fairly common for people to be attracted to those who look like people they’ve dated in the past, the idea of using facial recognition technology to meet people who are a specific “type” is a little unnerving. For one thing, part of the appeal of a site like Match.com is that it connects you with an incredibly diverse range of potential matches. Trying to find a partner who fulfills a specific set of predetermined physical requirements runs counter to the one thing that’s so fun about online dating: the element of unlimited choice, which lets you meet people you’d almost certainly never meet IRL.

There’s also something more than a little bit creepy about the concept of trawling through thousands of photos to find a doppelganger for someone you used to sleep with, particularly if your relationship with the person was totally one-sided. For instance, if some dude wanted to use this service to upload a photo of, say, the JV volleyball captain he lusted after in high school, even if the only time he ever spoke to her was when she asked him for trig notes, there doesn’t seem like there’s anything stopping him from doing so.

But the most disconcerting thing about Match.com’s new facial recognition feature is that it turns dating into an entirely customizable experience. In real life, you don’t get to specify exactly what qualities you’re looking for in a mate to a T, the way you do online; it’s one thing to say you want to date a non-smoker, for instance, but it’s another to say you want to date a non-smoker with blue eyes and 34C boobs with an advanced degree in biochemistry who speaks Italian and likes gardening on the weekends.