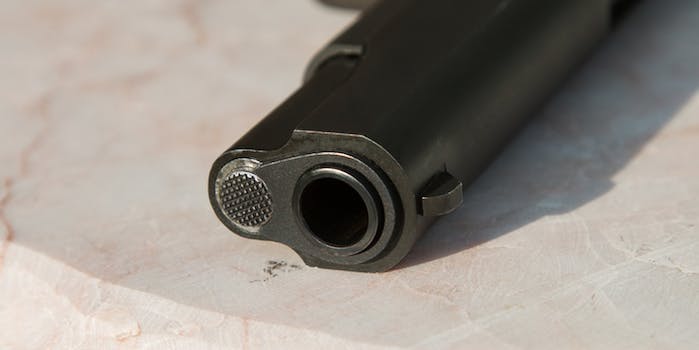 'It scares me and makes me mad because that little bit of innocence I have left is gone now.'

Democratic lawmakers on Wednesday morning launched a sit-in on the floor of the House of Representatives to protest Congress’s inaction on gun control in the wake of the mass shooting at a gay nightclub in Orlando, Florida, that left 49 people dead and 53 more injured.

That same morning, in the city of Lacey, Washington, a mass shooting left three people dead and one person injured.

The confluence of these two events would seem like a tragic irony, except mass shootings occur on a daily basis in America.

“It scares me and makes me mad because that little bit of innocence I have left is gone now.”

According to a running tally kept by the Gun Violence Archive, there have been 25 mass shootings in the United States in June so far—that’s an average of more than one per day. Of those, 10 mass shootings have occurred since the massacre at Orlando’s Pulse nightclub on the morning of June 12.

The organization classifies a mass shooting as an incident where “four or more [people are] shot and/or killed in a a single event … at the same general time and location, not including the shooter.”

Police in Lacey responded to a 911 call made to a dispatcher around 5:15am. The caller told emergency officials he had been shot and that multiple people he had been with were killed, according to local reports. The caller was found on the ground in the driveway of a residence. Bodies of the other victims were discovered inside a trailer on the property. The identities of the victims, two men and one woman, have not been identified.

“It scares me and makes me mad because that little bit of innocence I have left is gone now,” a neighbor told the Olympian, a newspaper based in nearby Olympia, Washington. “It really makes me stop and think about … safety.”

The protest in the House of Representative was led by Rep. John Lewis (D-Ga.), who has considerable experience with sit-ins from his days as a leader in the Civil Rights movement of the 1960s. “We have turned deaf ears to the blood of the innocent and the deaths in our nation,” Lewis said. “Mr. Speaker, where is the heart of this body. Where is our soul? How many more mothers, how many more fathers have to share tears of grief before we decide to do anything?”

The dozens of House Democrats participating in the sit-in are advocating for legislation that would prevent people the government suspects of being terrorists from legally purchasing firearms, termed the “no fly, no buy” bill due to its restrictions on buying guns to the government’s “no-fly” list.

The bill to this effect was defeated in the Senate earlier this week on a party line vote.