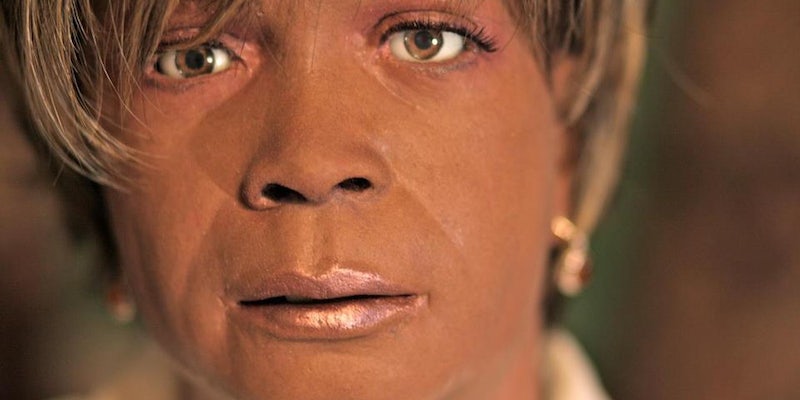 This is supposedly only a decade or two away from reality.

It’s the stuff of sci-fi, and it’s here today. Martine Rothblatt is the highest-paid female CEO in the United States. Her company, the satellite radio network Sirius, has some 30 million subscribers. She also started a biotech company upon her daughter’s diagnosis with a rare lung disease. But her next venture is bigger-picture still: She’s created a “mind clone” of her wife, Bina Aspen, and installed it into a robotically animated head that people can speak to and interact with.

We’ve talked to Rothblatt about Bina-48, the robotic version of Aspen before, but the immortality tech is getting more and more sophisticated. 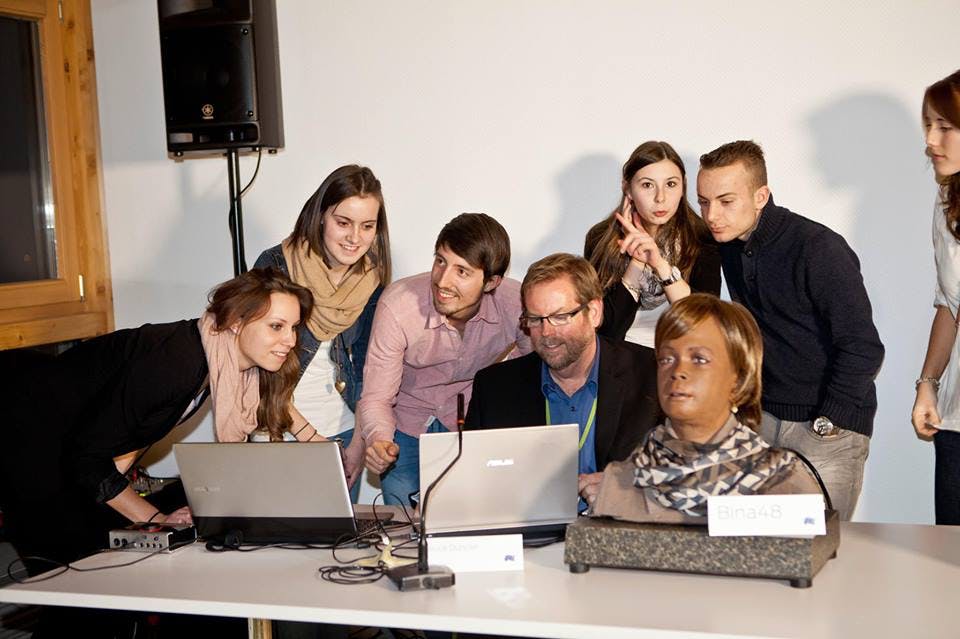 “A mind clone is a digital copy of your mind outside your body,” said Rothblatt in an interview with Bloomberg. You’ll probably recall the film Her or the always-ripe-with-comedic-potential Heads in Jars from Futurama. It’s a little like that—but with a lot more technological heavy lifting to be done.

Rothblatt’s process involves creating a “mind file,” which is nothing less than rendering human thoughts and emotions as computer code. She says that they are, in practical terms, one to two decades away from becoming real and common. “I think the mind clone will look like an avatar on a screen,” she said. Instead of taking a robotic head around with you, you’d only need to fire up an app on your smartphone to interact with a digital copy of a loved one. As long as you’ve got power, your “second self” can theoretically live forever.

But for now, the digital copy of Rothblatt’s wife, replete with emotions and intelligence, is becoming more and more functional. Check out the video below to see it in action.