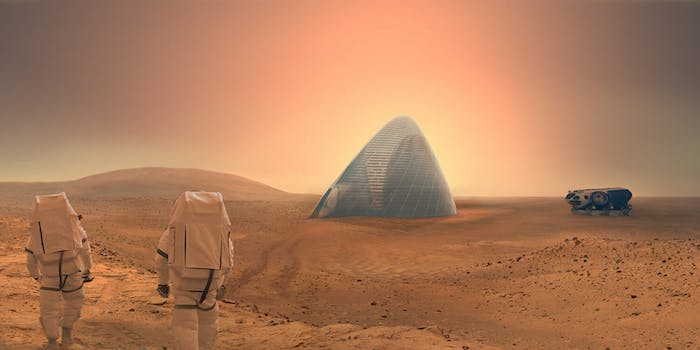 It’s an exciting time for fans of Mars. Scientists recently discovered liquid water on the Red Planet, and the blockbuster hit The Martian is making people wonder what it would really be like to live on Mars.

If the winners of NASA’s 3D-Printed Habitat Challenge, or future scientists, eventually see this invention to fruition, life on Mars could be lived in an ice house.

Eight researchers from SEArch (Space Exploration Architecture) and Clouds AO (Clouds Architecture Office) developed a concept for surviving life on Mars called Mars Ice House, using materials already available on the planet. Ice houses would be 3D-printed from ice that exists just below the surface on Mars. The team won $25,000 for first prize in the competition.

Theoretically, a Mars lander would contain the payload necessary to create the majority of the habitat. Upon landing, it would blow off rocky material on the ground to expose the ice, and deployed robots would turn the ice into water to be used for 3D-printing the structure as well as maintaining the habitat once built.

To protect the habitat from the martian exterior, a Dyneema-enforced ETFE (Ethylene tetrafluoroethylene, a fluorine-based plastic) membrane is deployed and inflated, creating a boundary around the lander. Eventually, 3D-printing robots would reinforce the interior with a composite of water, fiber and aerogel, and a hydrophobic aerogel layer printed on top of the ice would help maintain a comfortable environment for the crew. 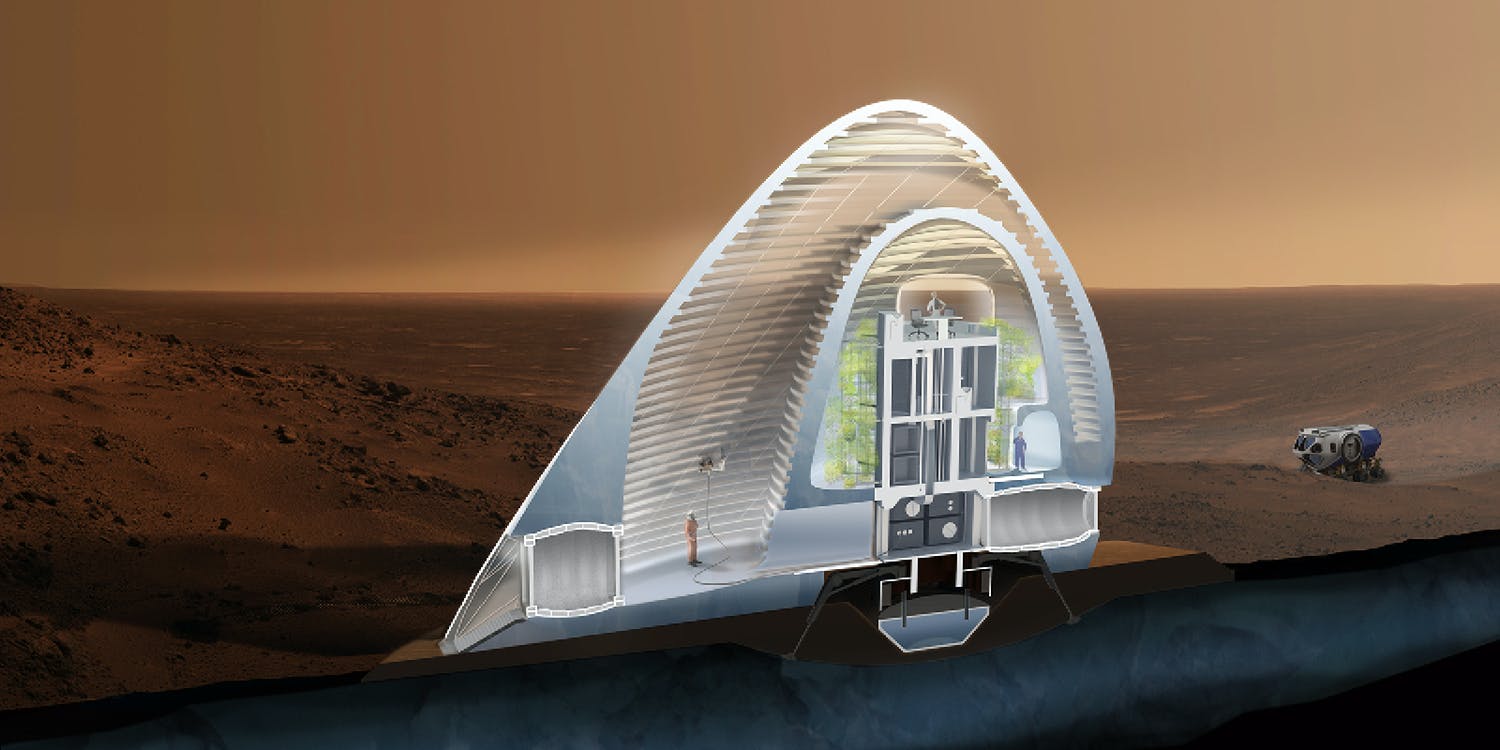 “As water is the baseline resource for future outposts on a number of extra-terrestrial carbon-bodies, NASA has adopted a ‘follow the water’ approach towards exploration,” the research team says of the Mars Ice House. “As such, water, the essential building block of life, is our team’s primary material resource in the formation of the Ice House habitat design. Given the predicted abundance of water in certain areas on Mars, our approach takes full advantage of its properties as an indigenous material that acts both as a life-force to sustain a human and plant ecosystem, and, when 3D-printed, as our primary fabrication material.”

Inside the ice house are multiple levels of living space, including hygiene areas, greenhouses that act as both an oxygen supplement and food source, libraries, and exercise areas. 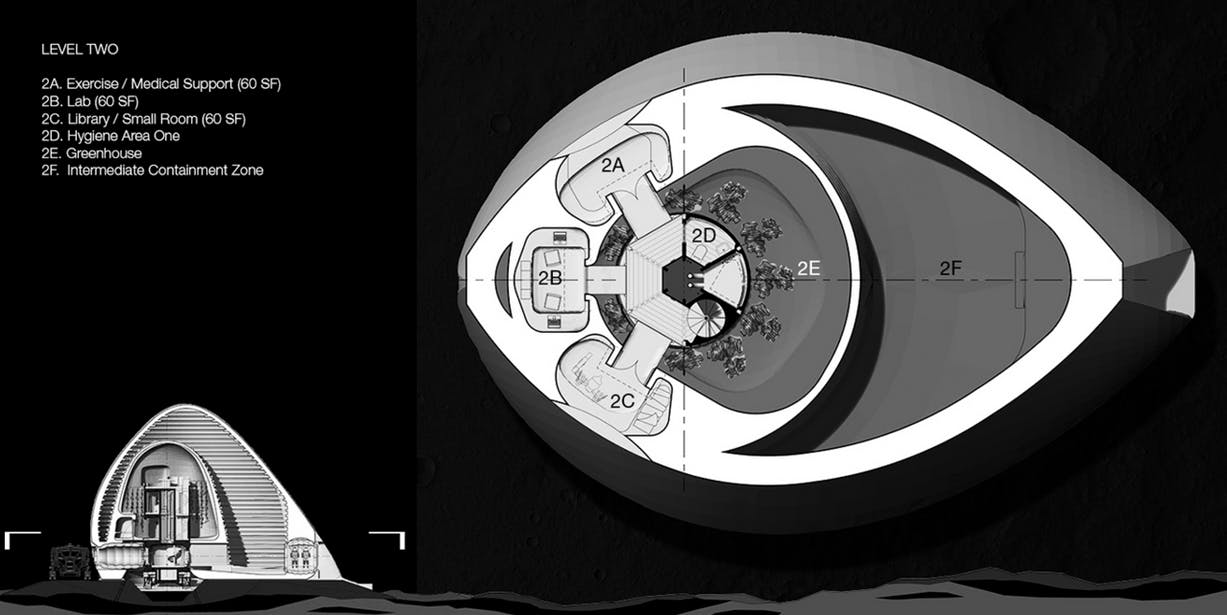 Ice is an excellent resource for building habitats on Mars because it acts as a radiation shield that would allow astronauts to live on the surface of the planet without worrying about intense solar exposure. Additionally, the clarity of the ice and membrane let astronauts live with natural light, which balances the circadian rhythms and benefits the crew’s health, mentally and physically.

Though the team has already demonstrated how the 3D-printing would work here on Earth, we’re still a long way from actually implementing it on Mars. The team worked with a number of scientists, astrophysicists, geophysicists, ice experts, structural engineers, roboticists and 3D printing engineers to make the Mars Ice House a concept that could one day be the way people live safely on Mars.