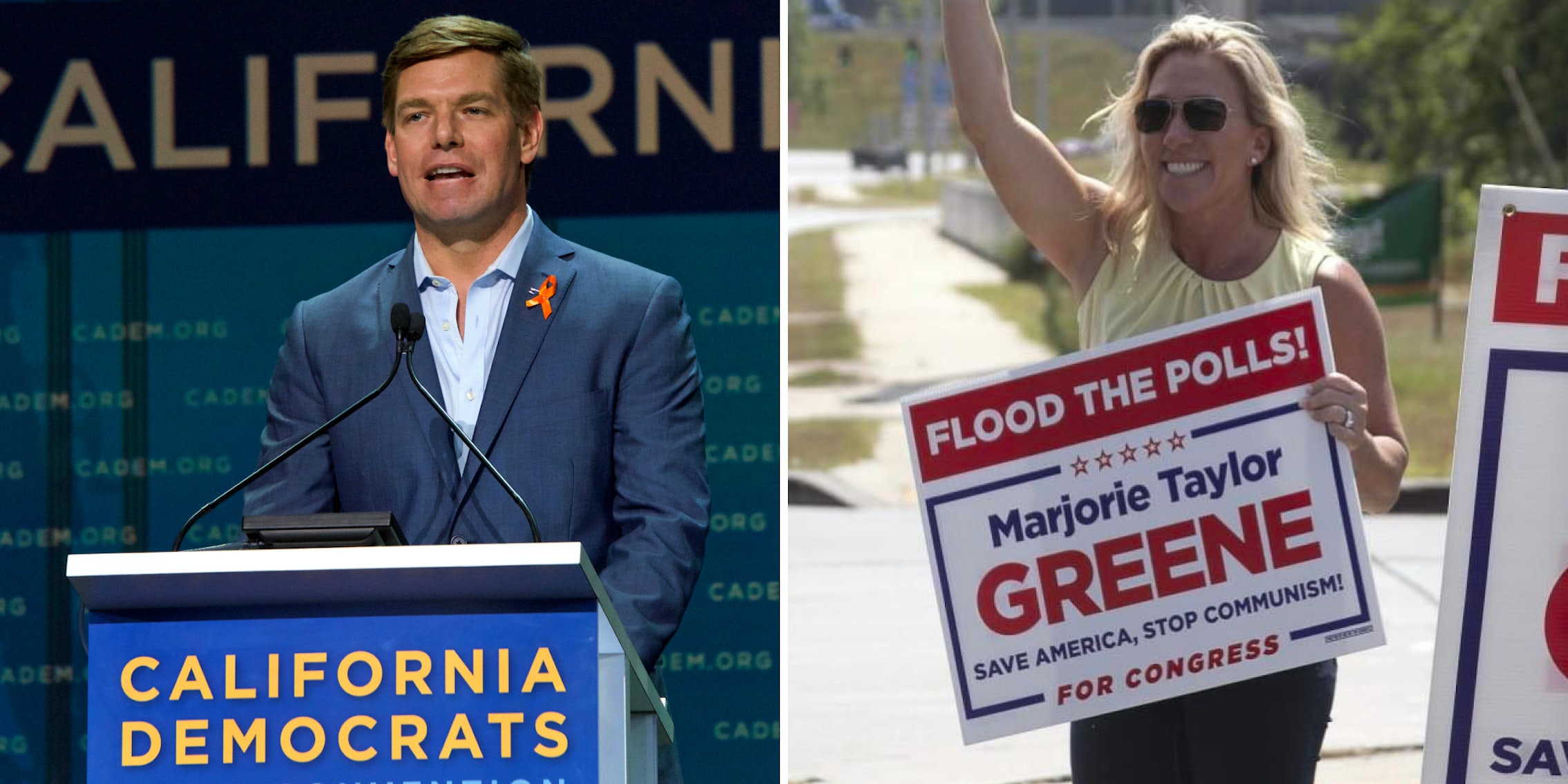 ‘That’s the Democrat who had sex with a Chinese spy’: Marjorie Taylor Greene vs. Eric Swalwell feud escalates online

There’s no love lost between Reps. Eric Swalwell (D-Calif.) and Marjorie Taylor Greene (R-Ga.). The lawmakers engaged in a bitter back-and-forth that ended with Swalwell accusing Greene of inciting a death threat against him and his children.

It began when Swalwell tweeted that a man walking with his son yelled at him as he gave a tour in the Capitol. “Hey Swalwell,” the man reportedly said. When Swalwell turned, the man said to his son, “That’s Swalwell. He’s trouble. He doesn’t back Trump.”

“I kept walking and felt sad for the boy. He’s being raised in a cult family.” Swalwell said.

Greene subsequently entered the chat to accuse Swalwell of lying.

“No way that happened,” she replied. “Because we all know good Trump supporting fathers would say, ‘That’s the Democrat who had sex with a Chinese spy.’”

A Chinese spy, Fang Fang aka Christine Fang, volunteered for Swalwell’s campaign in 2014. According to Axios, which broke the story in 2020, he severed ties with her after receiving a briefing about her in 2015. Fang left the United States shortly thereafter.

Axios reported that Fang had sex with two unnamed Midwestern mayors. Its reporting didn’t suggest any such relationship with Swalwell.

Right-wing outlets and figures have claimed Swalwell also had a sexual relationship with her. Swalwell has never addressed the accusation.

Never one to back down from a war of words, Swalwell replied to Greene’s swipe by posting the audio from a death threat he says he received that day.

The man repeatedly called Swalwell a “cocksucker” and referenced the allegation he slept with Fang.

“Marjorie loves to play the victim. But she’s an inciter of violence,” he wrote.

“Her constant attacks—even after the FBI said I was never suspected of wrongdoing—lead to threatening calls like this. This caller from today threatened to kill my three children.”

Greene did not respond to Swalwell’s tweet, effectively giving him the last word. For now.