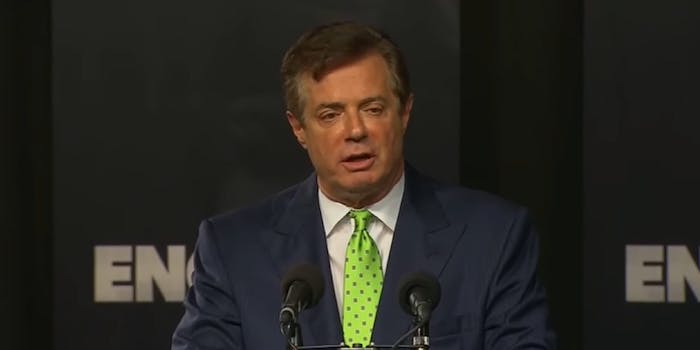 It is the second time Mueller has charged Manafort.

The charges, which are the second batch handed down against Manafort, are not directly related to his time as Trump’s campaign chairman.

The indictment spells out how Manafort provided false information about his income and his failure to file reports correctly about foreign bank accounts he has, according to reports.

The charges were expected, according to the New York Times, because tax charges were not included in the previous indictment handed to him and his associate Rick Gates last year.

Mueller’s team have also handed indictments to former Trump National Security Adviser Michael Flynn, former campaign foreign policy aide George Papadopolous, and Russian actors and organizations that were charged with using social media and other avenues to sow discord among Americans ahead of the 2016 election.

On Feb. 28, Manafort pled not guilty to the new charges, as well as additional ones handed down. A court date for Manafort was set for Sept. 17.

You can read the new indictment here.