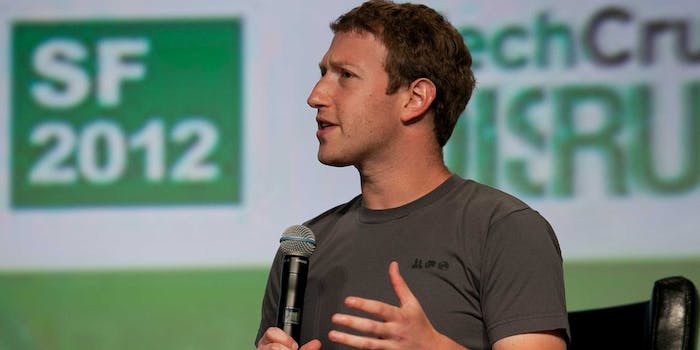 I mean, it's a nice photo... but something isn't right here.

This evening Facebook CEO Mark Zuckerberg posted an incredible photo from Indonesia, where he’s meeting with Internet.org developers. Look! Zuck’s just like us, posting photos from an envious weekend excursion!

I’ve personally noticed Zuckerberg posting on Facebook more; maybe it’s an unplanned, organic thing. Maybe he wants to identify with users more by acting like one. Maybe my News Feed algorthirm was tweaked to add more Zuckerberg. Whatever the inspiration, I’ve definitely been seeing more from him on Facebook, and I like it.

He even responded to a few commenters, and unofficially endorsed the Galaxy S5.

All pretty standard Facebook-type things… but then I noticed that three of my very good friends had liked the photo.

And then, before my eyes, the names changed to those of three other good friends, and some family members.

And then they changed again, this time including the name of a person I was sitting next to (who was not on Facebook and confirmed not having even seen the photo post) and another I was with all day, who hadn’t been on Facebook.

In fact, she even sent me her activity log to confirm she hadn’t liked the photo.

A “fake like” conspiracy or just a really, really inexplicable bug? I’ve reached out to Facebook and will update this space with a response, but it wouldn’t be the first time people unknowingly liked something on Facebook.