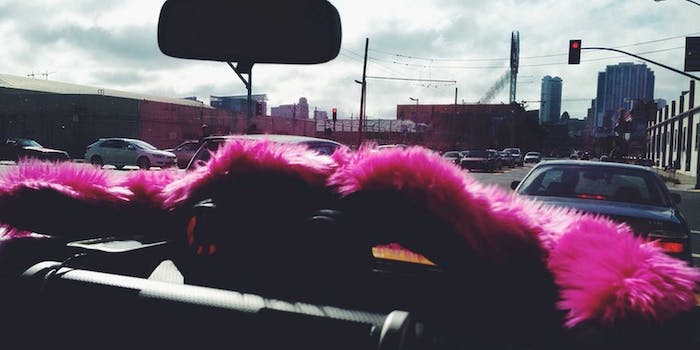 Are you gonna go my way?

If you’re a daily commuter, you might be able to pick up some extra cash, thanks to Lyft’s new service enabling drivers to accept passengers only along the same routes they’re going.

Called Driver Destination, it works with Lyft’s on-demand carpooling service Lyft Line, which matches strangers with similar destinations in one car for less than an individual Lyft ride. (And for now, it’s only available in San Francisco and L.A.)

Lyft says drivers can make up to $400 per month with Driver Destination—if someone earns $10 per ride on their morning and evening commute for the month, which on average has 20 workdays.

Drivers just have to log in and input their route. Lyft will automatically match them to people going the same way with minimal detours. The company says while it works for people who are running errands or have other set destinations, it’s also ideal for the Lyft for Work program, which allows companies to pay for their employees’ transportation. Drivers could get paid to carpool.

Lyft Line is cheaper than the regular Lyft service, but by picking up more passengers, drivers supposedly make up the difference. Uber has a similar service called Uber Pool.

With Driver Destination, Lyft drivers have a bit more flexibility, especially drivers who use the service to make extra money in addition to their day jobs, and those that don’t want to spend time and effort driving around while waiting for passengers to request a ride.