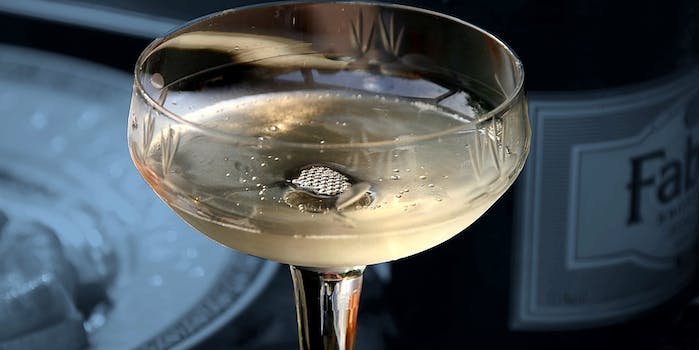 Luxy, the ‘Tinder without poor people’ app, might be totally fake, is still depressing

Luxy is Tinder, with a hefty dose of good old-fashioned classism.

Earlier this month, we reported on the League, a new, invitation-only dating app created by a Stanford MBA and targeted at high-powered, Ivy League professionals. At the time, you probably thought anyone who used the League was a Google Glass-wearing snob too intoxicated by the aroma of his flautus to recognize his own elitism. But the people using the League are practically the Joads compared to the target audience for LUXY, a new dating app that’s marketing itself as “Tinder without the poor people.”

Here’s an excerpt from the press release for Luxy, via Motherboard. Take a second to slip into your favorite smoking jacket and adjust your monocle before you read:

SILICON VALLEY, CA — (September 28, 2014) — It was really just a matter of time. With Tinder, Grindr and others carving out a niche for themselves in the world of high-speed digital dating, LUXY has launched to work in the same way.

It’s Tinder without low-income dating prospects. In fact, the average income of male users on LUXY is over $200k and those who are unable to keep up financially are immediately removed from the service.

What, exactly, constitutes evidence that users are able to “keep up financially”? Maybe that dude who used his bank account as his Tinder profile pic had the right idea after all.

One user said: “Tinder was pretty awesome when it came out, but there’s a lot of riff raff on there. [I] would rather know the guy has a couple bucks in his pocket.”

“With the rise of high-speed digital dating, it’s about time somebody introduced a filter to weed out low-income prospects by neighborhood,” said the CEO of LUXY.

You know how your WASPy 90-year-old grandma always complained about the biracial guy you dated in college, because she said he “didn’t have the right values”? Well, she took some coding classes, and she made a dating app just for you. Thanks, Mee-Maw!

Given the explicitly classist and implicitly racist language of the Luxy press release, it’s highly possible that the app is a giant prank intended to shed light on Silicon Valley startup culture. And indeed, it’s starting to look like that’s the case: When CNN reached out to Luxy spokesman Darren Shuster, Shuster identified the anonymous CEO in the press release only as “Tim T.”—which is, coincidentally, also the name of the author of Luxy’s only five-star review in the Google Play store.

But even if Luxy is a hoax, there’s no denying that dating and hookup apps in general have become increasingly shallow and elitist as of late. With developers scrambling to capitalize on the explosive success of Tinder, the dating app market has become glutted with entries like the League and FaceMatch, which allows users to rank prospective dates based on their physical attractiveness. And don’t even get me started on apps like Hinge, whose lists of, say, San Francisco tech companies ranked by employee hotness, encapsulate the most superficial and insider-y aspects of Silicon Valley startup culture.