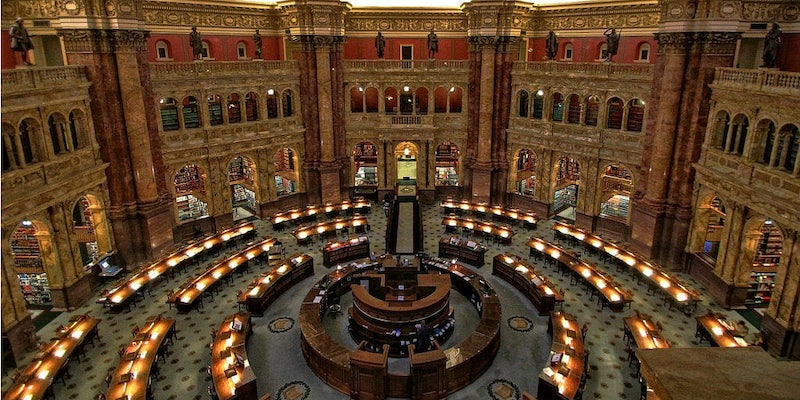 The government agency will still archive on a very selective basis.

The government is putting a halt on its ambitious tweet collecting program because the social platform just isn’t what it used to be.

The Library of Congress made an agreement with Twitter in 2010 to collect and archive every single tweet posted since the platform was created in 2006—we’re talking hundreds of millions of tweets per day making up hundreds of terabytes of data. The goal was to provide a snapshot into the lives of ordinary people during this decade so future generations could see how awful everything is. It was also meant to document the emergence of social platforms and show how they’ve progressed over time.

Now the government agency is pulling back and will only archive tweets on a “very selective basis.” In a white paper posted this month, it explained the lucky tweets that get archiving will be thematic and event-based, like anything dealing with elections, public policy, or, you guessed it, Donald Trump. Basically, they won’t be about ordinary people anymore.

Why would the Library of Congress choose to stop collecting mind-numbing amounts of data to preserve a platform people aren’t very fond of? For several reasons. First, the volume of tweets has increased since it started collecting them, likely making it difficult to capture them all. Another reason is that the Library of Congress only receives text files and users are now posting more and more media files, like photos and videos, making the collection less relevant and telling of the times. Finally, Twitter’s move to 280 characters was also cited, though it didn’t explain what issues that presents other than implying the longer length takes up more data.

People still won’t have access to the collection. The tweets have and will continue to be embargoed until “access issues can be resolved in a cost-effective and sustainable manner.” There is no projected timetable for when the public will be granted access.