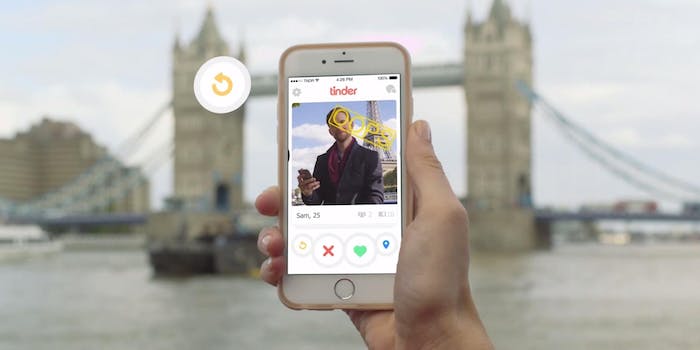 For lesbians, Tinder is everything wrong with dating apps

If you’re a gay single woman looking for love/lust online, the cards are stacked against you. Beyond mostly just not caring that you exist at all, the most popular dating apps (all by and for straight people) don’t properly consider how their networks might serve—or fail—folks who don’t identify as straight.

Tinder opened the door for a new class of hot dating apps like Hinge, Lulu, Coffee Meets Bagel, Bumble… the list goes on. Apps like Lulu serve straight women better by letting ladies take the lead, which is probably great for straight women, but leaves your average lesbian feeling like a wallflower at a Sadie Hawkins dance. 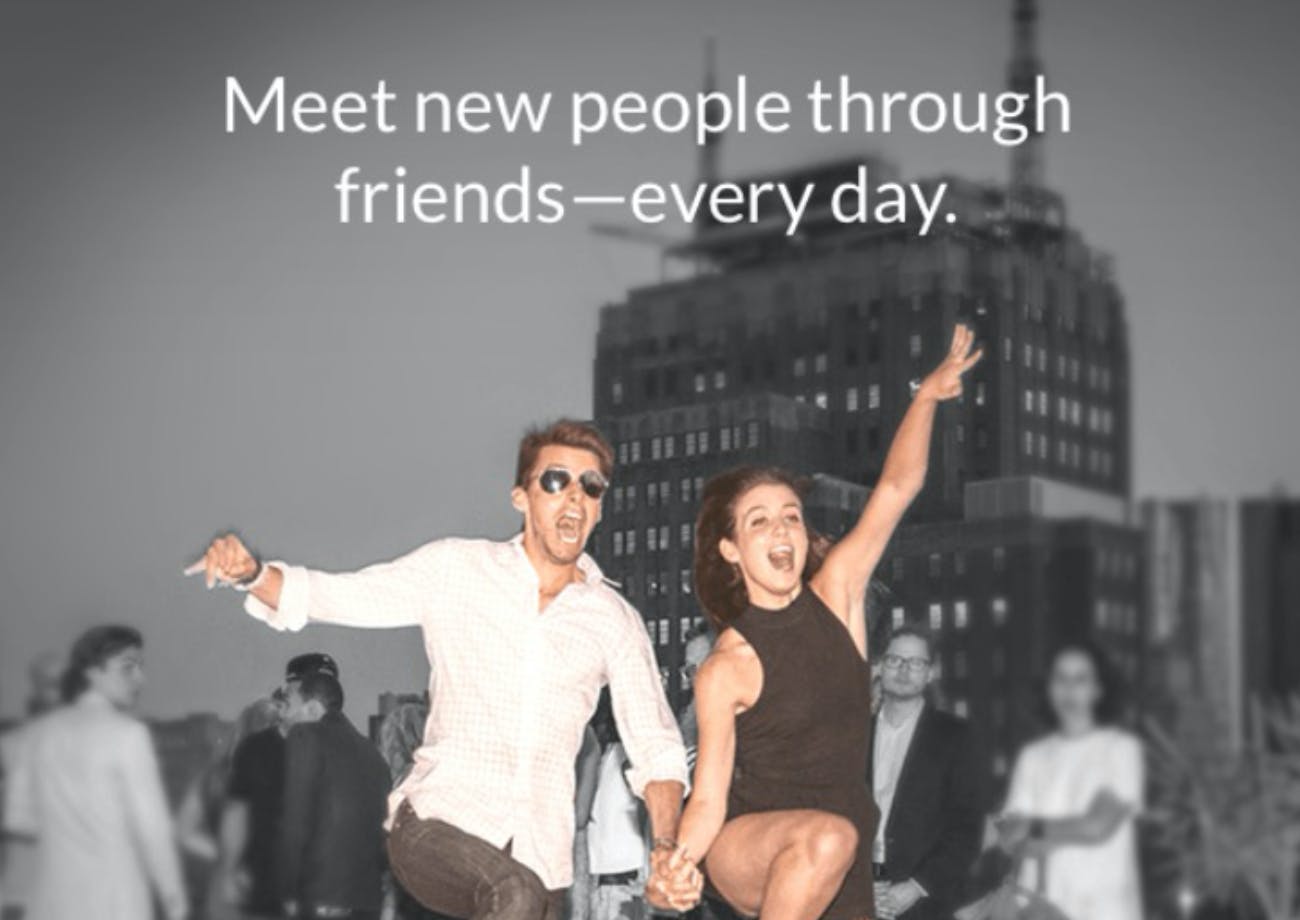 For lack of options, a lot of lesbians and queer types wind up on Tinder, having slowly migrated away from OKCupid, where ex girlfriends run wild and free. Given its anecdotally massive lesbian userbase, Tinder is perhaps the worst offender when it comes to ignoring gay women.

The answers were as swift as they were uniform:

It still happens to me. Ugh.

All day every day

yes all the time.

Yes so many ab pics I don’t need.

UGH YES. I feel like tinder is testing whether I’m paying attention or not.

Always. I hardly use tinder anymore because it got so annoying.
Yes all the time.

There are networks by and for queer women out there, but it’s an uphill battle to lure users from dating giants like Tinder. The most notable lesbian-crafted dating app is Dattch, which recently moved to the U.S. from England, raised a million bucks, and rebranded as Her. 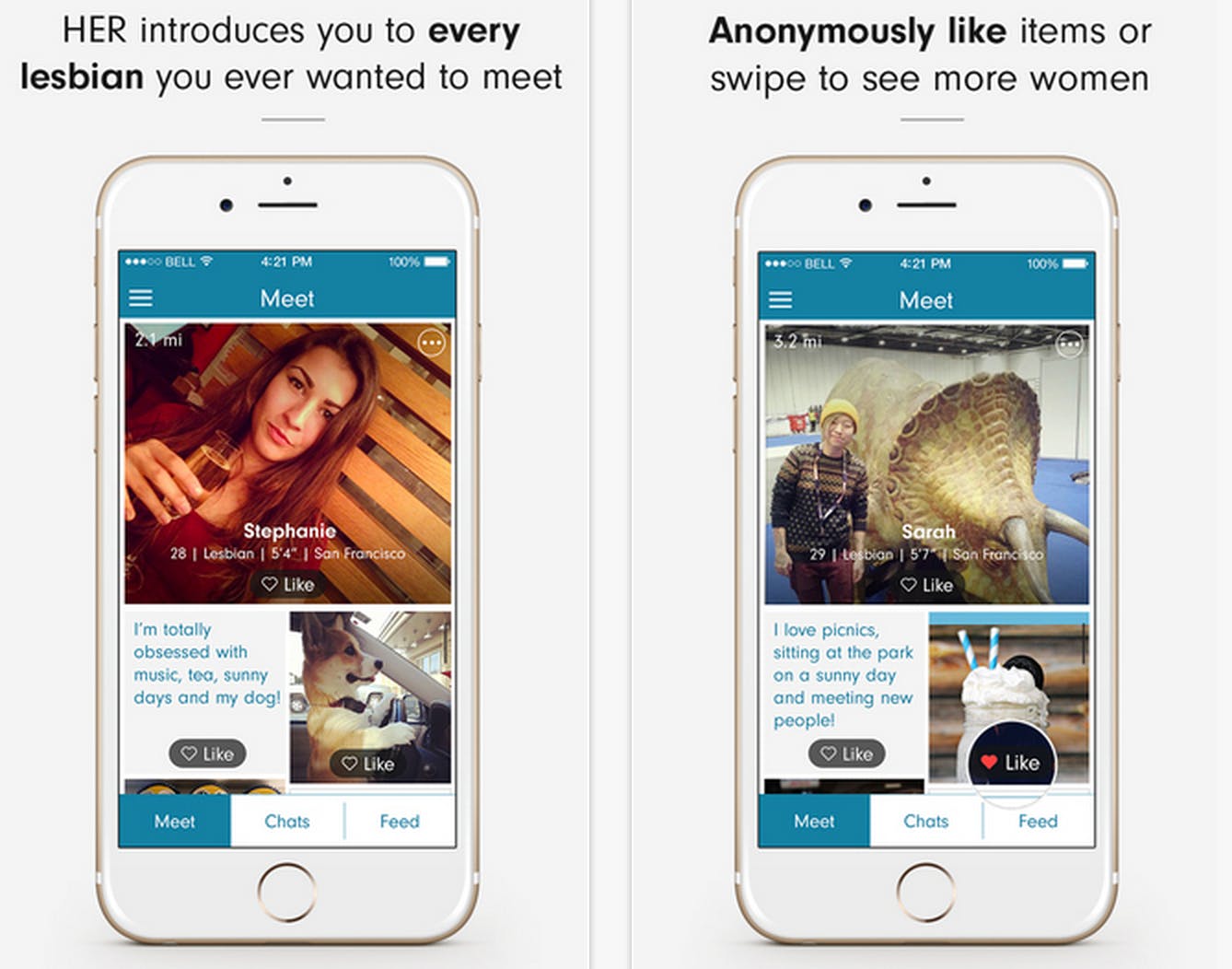 “Women aren’t looking for a ‘Hot or Not’—they want to chat and meetup, make friends, meet girlfriends, find events,” explains Dattch founder Robyn Exton. “We changed the name because everyone thought it meant some variation of Dykey-Butchy-Snatch. Which was cool, but not exactly what we were going for. And the product has evolved to become a much more social experience, with more content and events from your area to meet women through.”

To solve the dude problem, Her, like its predecessor Dattch, seeks to verify the gender of its users to “keep out the straight men looking for threesomes.” Fair enough. Exton is no stranger to the pitfalls of mainstream dating apps.

“I always love getting a random beefcake cisgender guy. Ideally with a dick pic,” Exton jokes. “However, the whole purpose of Her is to build something that actually works better for women, rather than men. Small inclusions that suit our behavior better. I don’t think you’ll see that in Tinder anytime soon.”

I’ve heard plenty of theories about how those topless dudes get there. Tinder told a friend of mine that it’s all user-side, not a problem with Tinder’s fast-paced dating formula. Maybe those beefy dudes lie about their gender to creep on queer women. Maybe when Tinder runs out of queer women (which shouldn’t even happen in the Portland metro area), it serves up straight dudes because…  ¯_(?)_/¯.

And apparently there’s another even more insidious online dating landmine for queer women: straight women. Tinder somehow manages to sprinkle not-queer women into the mix, a phenomenon that probably proves as puzzling for unsuspecting straight girls as it does for the hapless lesbians who message them.

Running into cisgender men on Tinder isn’t just annoying. It’s psychologically problematic, like sitting down to Thanksgiving dinner and having a conservative great aunt waving a turkey leg around in declaration that you just haven’t found the right man. It makes an entire network feel unsafe.

As a gay woman, queer spaces are little sanctuaries away from the jagged edges of the straight world, its dick pics and patriarchy, and then BOOM, a shirtless bro with tribal tats jolts you back into someone else’s reality. I swipe left so hard my phone goes flying and then resentfully delete Tinder until the next time I need to creep on my exes.

OKCupid has made strides in catering to the queer community in recent years, but who still uses it? Have you seen how many words those profiles have? In 2015, we don’t have time to slow cook our digital love in the proverbial crock pot. Modern online dating is more like a sushi-go-round of potential matches speeding by.

People of different sexualities date differently. While gay men make thorough use of insta-hookup apps like Scruff and Grindr, gay women are more apt to shyly creep on the profile of that cute girl who biked by, playing a long game so long that its progress might as well be imperceptible. As straight people do whatever it is straight people do (I have no idea), other apps are purpose-built for other audiences, namely gay men.

Gay women… well, no one quite remembers them. Will Her?