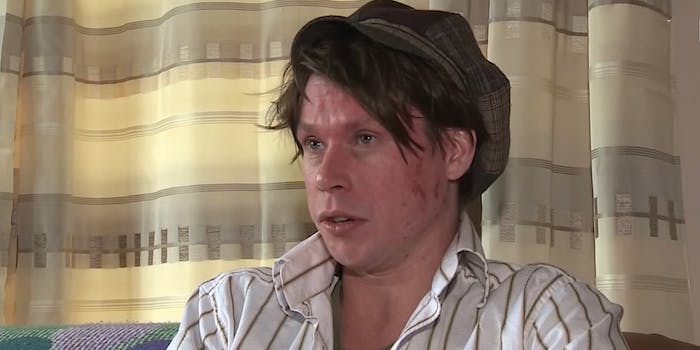 The letter to Obama British MPs hope will save hacker Lauri Love from U.S. extradition

On Friday, a group of British MPs will ask President Barack Obama to drop the extradition request against Lauri Love, a 31-year-old computer scientist who faces life in prison if convicted of hacking charges.

Love faces charges related to the hacking of NASA, the Federal Reserve, the U.S. Army and the Missile Defense Agency in late January 2013.

The move to stop his extradition is part of a cross-party effort to intervene in the case and will request that Love, who has Asperger’s Syndrome and severe depression, be allowed to face his charges in the U.K. So far, the correspondence, penned by Conservative Party MP David Burrowes, has been signed in support by over 50 other politicians.

“We have no doubt in mind that there will be potentially fatal consequences if the United States chooses to pursue this extradition and prohibit Mr Love from serving any due sentence in his home country,” the letter, provided to the Daily Dot, argues.

“We would ask you [Obama] to intervene in this case by withdrawing the extradition order and allow his case to be heard in the criminal justice system in the U.K.,” the letter continues. “You would be acting to prevent this vulnerable and mentally unwell man from being placed in a situation where he will most probably take his own life.”

@FreeLauriLove @MailOnline @Telegraph will be asking #PMQ why the forum bar has failed the #GaryMckinnon test to protect #LauriLove pic.twitter.com/c10UTJfU5u

This radical political intervention comes after a long summer of fighting the extradition by appeal in British courts, supported by the Courage Foundation. In giving evidence, Love’s legal team examined the U.S. prison system and presented a thorough picture of how extradition might harm the alleged hacker’s mental health and physical well-being.

In September, however, the judge ruled that, even as an individual with Asperger’s, Love could be extradited to face the charges.

The verdict marked a devastating failure of the Forum Bar, a British law introduced in 2003 by then-Home Secretary (now Prime Minister) Theresa May. The Forum Bar was there to safeguard vulnerable adults from extradition. It was developed following the case of Gary McKinnon, a Scottish systems administrator with autism who had broken into U.S military and NASA networks looking for evidence of UFOs.

“I championed the case of my constituent Gary Mckinnon who fought a 10-year battle against his extradition when he faced similar charges to Lauri Love,” he told the Daily Dot.

“Love’s case seems to have failed the first real test of the Forum Bar and failed the Gary Mckinnon test,” Burrowes said, reflecting on the mechanism that saved McKinnon. “Individuals like Lauri Love should face justice, but it does not need to be at the expense of his life, particularly when other computer hacker cases have been successfully prosecuted in the U.K.”

Love does not entertain the idea that fair sentencing, necessary support services, nor rehabilitation options would be extended to him in the U.S. It is calculated that the charges could amount to a maximum possible sentence of 99 years. Although he would be unlikely to be dealt this, he told the BBC that he feared he would be “bullied” into a plea bargain he “couldn’t refuse” in the U.S and, as a result, be given a lengthy sentence and denied due process.

Either way, it appears Love could face a lifetime in prison in the U.S if prosecuted under the Computer Fraud and Abuse Act (CFAA)—a law that legal reform activists call disproportionate and excessive.

Ironically, CFAA is the very law that Love is alleged to have been protesting. The U.S. government computer systems had been attacked as part of an online protest by hackers called #OpLastResort—a kick-back following the suicide of 26-year-old American internet activist and prodigy Aaron Swartz, co-founder of Reddit and Creative Commons, who took his own life under the pressures of a CFAA prosecution.

The hackers behind #OpLastResort were demanding legal reform, addressing extortionate prison sentencing and the use of plea bargaining.

The letter to Obama emphasizes the sufficiency of the U.K.’s judicial system to not only exhibit justice but engage hacker’s in rehabilitative programs: “The U.K. has prosecuted at least twelve computer hackers who have hacked U.S.-based computer systems. Indeed, Love would be the first UK based computer hacker to be extradited and denied the opportunity to serve his sentence in the U.K.”

Not all legal avenues are exhausted for Love. He can make further representations and may then appeal to the High Court, but this direct political appeal on his behalf is an unexpected opportunity to swiftly bypass the arduous extradition process that is already taking its toll on his health.

Burrowes explained that, quite simply, “the discretion now lies with President Obama to do the compassionate thing and stop the extradition order in the final days of his Presidency.”