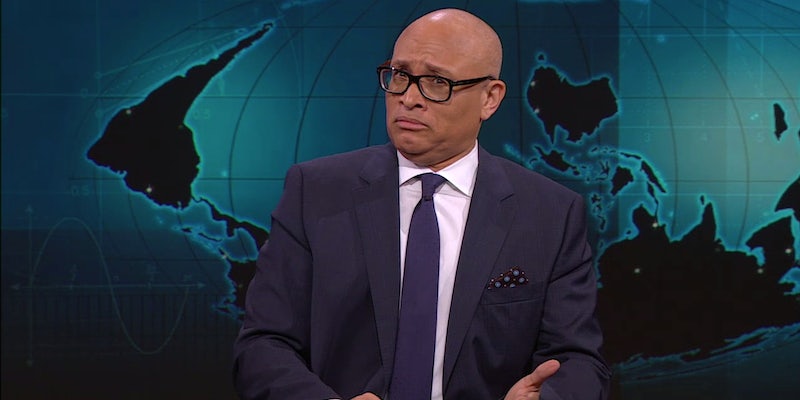 Reporters are obsessed with Obama’s N-word, and Larry Wilmore is tired of it

Obama certainly isn't the first president to use it.

President Barack Obama’s interview with podcaster Marc Maron covered several weighty topics, but the only thing the national media care about is a single word uttered by the president during an hour-long discussion.

Larry Wilmore is perfectly fine with Obama saying “n***r” to make a point about racism. Obama is black, and Wilmore believes that black people can say it as much as they want. Instead of covering the leader of the free world’s thoughts on racism, he said on The Nightly Show Monday night, reporters are embarrassing themselves by fixating on the so-called “n-word.” They’re calling it racially charged and electric. (Fox News, of course, called Obama the first rapper president.)

As Wilmore reminds us, Obama isn’t the first president to use it. He’s probably the 44th president to do so, but at the very least, he’s not the first: we have audio recordings of at least two other presidents saying it.