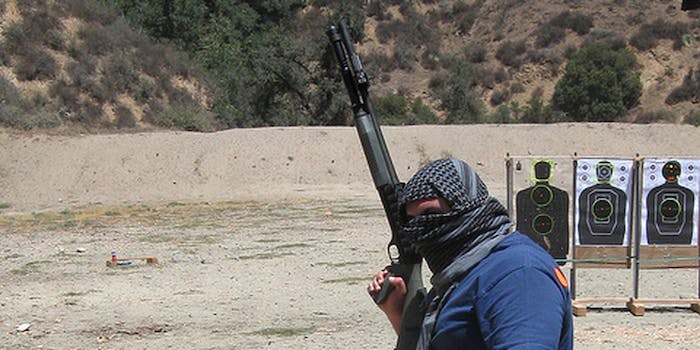 This took some serious guts—and rhythm.

In wars of ideology, humor is an invaluable part of one’s arsenal. Charlie Chaplin knew it. Stephen Colbert knows it. And now the good folks working for Iraqi broadcaster KurdSat TV are putting that time-honored principle into practice in the fight against homegrown terrorism.

Let’s be honest: it’s one thing to condemn the jihadis of the Islamic State from across an ocean, but quite another to shoot and air a music video that calls them dirty, brainless, Qatari-financed, male-goat-milking sadists in a country where they wield some influence. So we applaud these mischief makers for their boldness as much as for the catchy tune itself.

Any chance MTV can nix one of its reality shows and start showing satirical foreign-language YouTube clips about the geopolitical vectors of our day? A nerd can dream, I suppose.