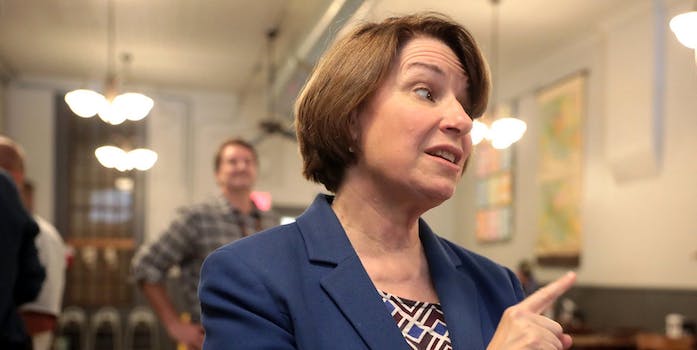 It was destroyed by Joementum.

After surprising the national media with an unexpectedly strong performance in the Granite State last month, Klobmentum (the phenomenon of momentum built up around Amy Klobuchar) became all (some) of the rage, as pundits looked for a centrist alternative to Sen. Bernie Sanders (I-Vt.).

But Klobmentum, in South Carolina, ran face-first into Joementum, the phenomenon of momentum built by Joe Biden, who resoundingly won the South Carolina primary. There, Klobuchar finished a dismal sixth-place on Saturday.

Now, she is taking what’s left of her Klobmentum to the former vice president’s campaign, with an endorsement already in the works.

Klobmentum merging with Joementum should form some unstoppable portmanteau Voltron the likes of which America has never before seen.