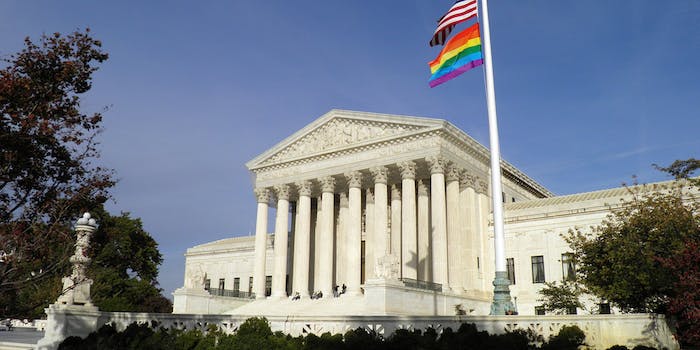 'Government officials are free to disagree with the law, but not disobey it.'

The Kentucky county clerk who refused to grant marriage licenses to same-sex couples was found to be in contempt on court on Thursday and put in jail, according to the Associated Press.

Kim Davis, the Rowan County Clerk, was found in contempt by U.S. District Judge David L. Bunning. Davis, an Apostolic Christian, has said she was acting “under God’s authority” by refusing marriage licenses.

“I think it’s absurd to put people in jail for executing their religious beliefs,” Sen. Rand Paul (R-Ky.), a 2016 Republican presidential candidate, said on CNN minutes after Davis was taken into custody.

“Government officials are free to disagree with the law, but not disobey it.”

“Government officials are free to disagree with the law, but not disobey it,” U.S. Attorney Kerry Harvey said.

Davis will be released if and when she agrees to issue marriage licenses to both gay and straight couples, Judge Bunning said.