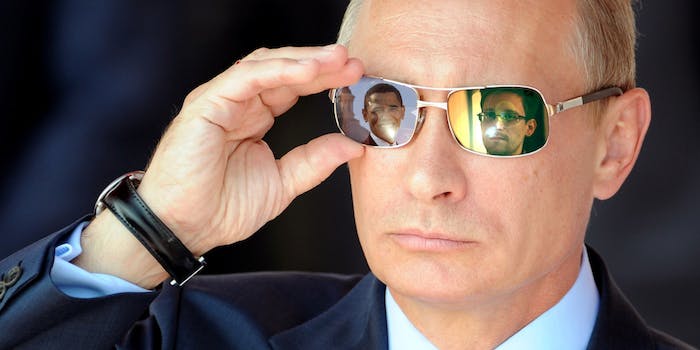 Thousands of KGB files from the 'Mitrokhin Archive' are now available to the public.

In 1992, in the wake of the collapse of the Soviet Union, a number of secret documents from the KGB, the nation’s intelligence agency, were extricated from the country. For the first time, those files have been opened to the public.

For 12 years in the ’70s and ’80s, Major Vasiliy Mitrokhin was a senior archivist for the KGB. Mitrokhin worked in the foreign intelligence division, giving him access to a number of sensitive documents from the KGB’s global network of agents and assets. After becoming disenchanted with the Kremlin, reports Smithsonian, Mitrokhin began to collect those documents, taking handwritten notes and smuggling them out of the building at night in his jacket pocket and shoes, burying the evidence at his family home in the countryside near Moscow.

In 1992, with the help of the British Secret Intelligence Service (SIS), Mitrokhin and his family were moved from Russia to the U.K., with the KGB documents in tow. Twenty two years later, those documents will be opened by the Churchill Archives Centre at Churchill College, thanks in part to Cambridge professor Christopher Andrew, the only historian previously allowed to access the archive.

“There are only two places in the world where you’ll find material like this. One is the KBG archive—which is not open and very difficult to get into—and the other is here at Churchill College where Mitrokhin’s own typescript notes are today being opened for all the world to see,” Andrew said in a statement.

Among the trove that fills 19 boxes and contains thousands of documents are details of Soviet surveillance of Pope John Paul II, and details on Russian arm caches in the U.S. and Europe.

“The Mitrokhin files range in time from the immediate aftermath of the 1917 Bolshevik Revolution to the eve of the Gorbachev era,” Andrew says. “The enormous risks in compiling his secret archive might well have ended with a secret trial and a bullet in the back of the head in an execution cellar. He was a dissident willing to make the most extraordinary sacrifice.”

Utilizing his notes, Mitrokhin typed out a total of 36 volumes, which became the foundation of a book written by Andrew. Those volumes will be made available by the Churchill Archives Centre. Mitrokhin passed in 2004.