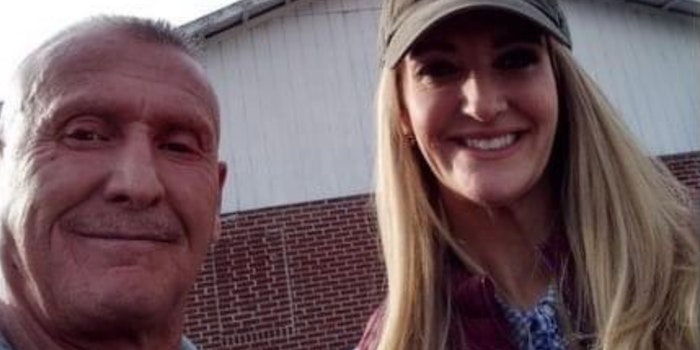 Loeffler's campaign team says the senator was unaware of who the man was.

Sen. Kelly Loeffler (R-Ga.) is in hot water after a photograph of her posing alongside a former KKK member surfaced online over the weekend.