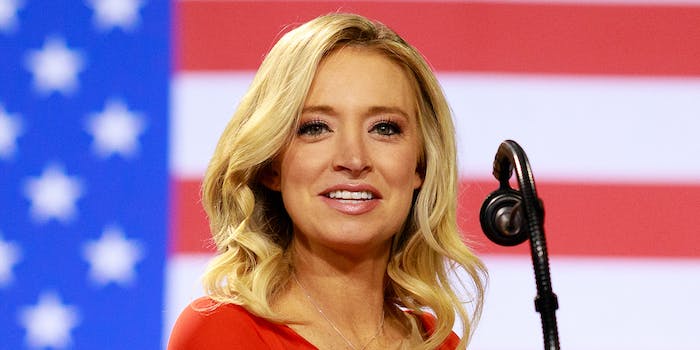 The new Yanny-Laurel debate is here and it’s a lot spicer that a bunch of people debating about two names from the 1830s.

This one involves the White House press secretary possibly being called a “lying bitch” to her face.

After Kayleigh McEnany’s most recent press conference, the Washington Examiner tweeted that a reporter, Kimberly Halkett of Al-Jazeera, sounded like she called McEnany a “lying bitch.”

It takes a couple of listens, but at the very end, you can kind of make it out.

And on the YouTube version, it sounds even more clearer, coming at the 1:12:38 mark.

But once you hear what other people are saying she is saying, you can’t un-hear it.

Put that in your head, and suddenly you can’t hear anything else.

And that is what Halkett herself said she said.

“Thanks for asking … there’s a lot of misreporting out there about that briefing. The answer to your question is, I DID NOT. What I said was, “OKAY, YOU DON’T WANT TO ENGAGE,” she wrote amid the minor flap.

A reporter likely didn’t call the press secretary a “bitch” in the White House briefing room, but it is wild how those two disparate phrases can sound alike.