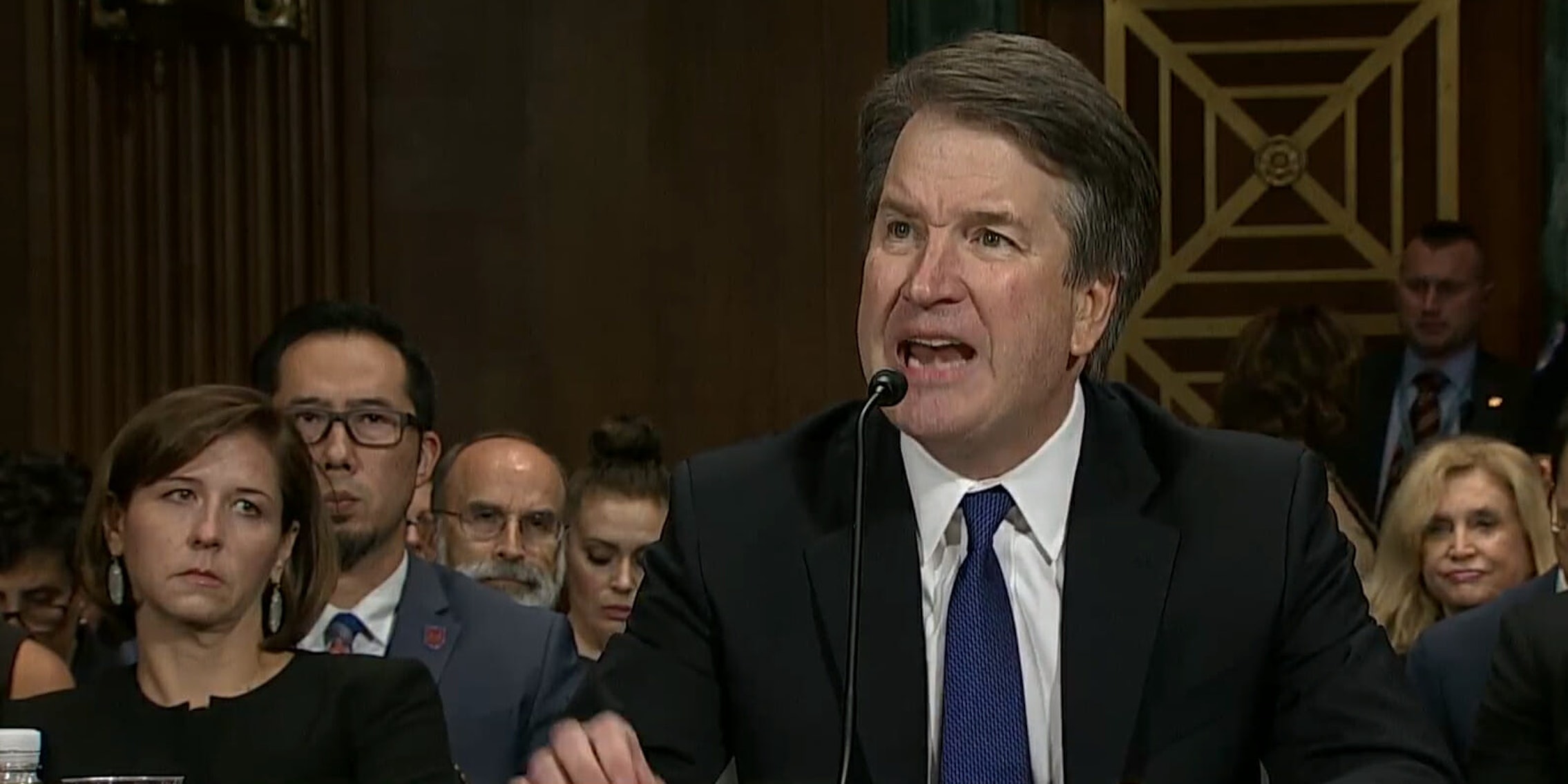 Twitter felt Kavanaugh's testimony was a stark contrast to Ford's.

Supreme Court nominee Brett Kavanaugh came out angry on Thursday afternoon, defending himself just hours after Dr. Christine Blasey Ford gave an emotional testimony recounting an alleged sexual assault that took place when the two of them were in high school.

In his opening remarks, Kavanaugh shouted at the Senate Judiciary Committee—particularly at Democrats, who he implied stoked negative reactions after his nomination hearings several weeks ago.

“This is a circus, the consequences will extend long past my nomination,” he said. “The consequences will be us for decades. This grotesque and coordinated character assassination will dissuade competent and good people from all political persuasions from serving our country.”

Brett Kavanaugh: "This confirmation process has become a national disgrace…You have replaced advice and consent with search and destroy." https://t.co/GGrl0JJrN7 #KavanaughHearings pic.twitter.com/DcFu9zKyDe

In the opening statement, Kavanaugh denied Ford’s allegations and choked up when discussing his daughter telling him that they should pray for her, among several other times.

The full-throated remarks stood in stark contrast to Ford’s testimony to people online, who felt that her testimony was emotional and provoking.

Kavanaugh just ranting about Democrats and complaining that he's the victim. He sounds like a sociopath.

kavanaugh coming off a little shrill don’t you think

I think Kavanaugh's visible frustration and emotion would look different if he'd gone before Ford, rather than after.

Amazing contrast in gender norms and expectations. Ford (who says she was sexually assaulted) is almost apologetic in her testimony. Kavanaugh, the alleged perpetrator, is yelling and angry.

Seems like he's basically trying out for Fox now.

This is pretty scorched earth from Kavanaugh

His voice is close to a yell. Contrast with Ford’s is quite striking. https://t.co/34eFqEOXDT

Other people on Twitter said the force of Kavanaugh’s opening statement would have been taken differently if Ford had done the same.

If Christine Blasey Ford had been like this she would have been called a hysterical, shrill maniac

Kavanaugh concluded his opening remarks by swearing before the committee, “my family and God,” that he denied Ford’s allegations.