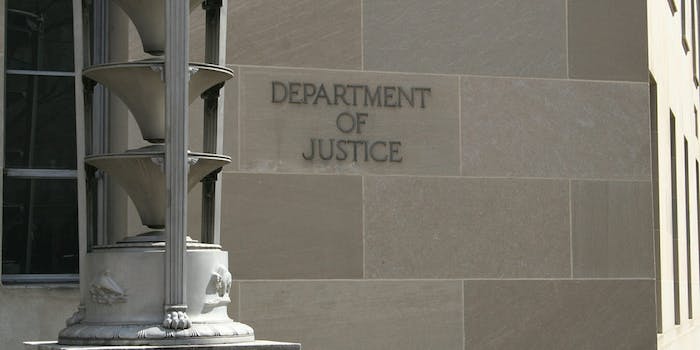 Top lawmakers are concerned that the Obama administration is trying to avoid transparency.

U.S. lawmakers concerned about how the Obama administration interprets federal laws are targeting a powerful office in the Justice Department that they say is changing its behavior to the detriment of the country.

The leaders of the House Oversight Committee wrote to Attorney General Loretta Lynch on Monday requesting documents about the Office of Legal Counsel, which provides legal advice to policymakers to guide their compliance with statutes, treaties, and the Constitution.

“The transparency of OLC opinions has been a topic of public and Congressional interest,” Reps. Jason Chaffetz (R-Utah), the committee chairman, and Elijah Cummings (D-Md.), its top Democrat, wrote in their letter.

Chaffetz and Cummings are concerned that the rise in Freedom of Information Act requests to government agencies has led OLC lawyers to offer more opinions verbally rather than in writing, for fear of having their written opinions released and scrutinized. They cited congressional testimony by a former top government lawyer to that effect.

The lawmakers want the Justice Department to turn over records about, among other things, the structure and staffing of the office, the number of formal legal opinions it has issued in the last 10 years, and the number of FOIA requests for said opinions that it has received in that time period.

The Office of Legal Counsel was established in 1934 as part of a New Deal-era executive-branch reorganization, but it maintained a low profile until the George W. Bush administration, during which time OLC lawyers crafted controversial legal interpretations permitting CIA waterboarding, warrantless surveillance, and other national-security programs after the Sept. 11, 2001, terrorist attacks.

The release of the Bush administration’s so-called “torture memos” cast new light on the OLC, which had previously flown under the radar despite the centrality of its work in executive-branch decision-making.

The office also drafted the legal rationale for President Obama‘s decision to kill U.S. citizens without trial using drones. Jason Leopold, a Vice News reporter, is suing the government over stalled FOIA requests targeting the work that three top OLC lawyers did on that opinion.

Many of the documents produced by the office are drafts of legal advice that are considered part of its “deliberate process” and generally protected from disclosure under open-records laws.