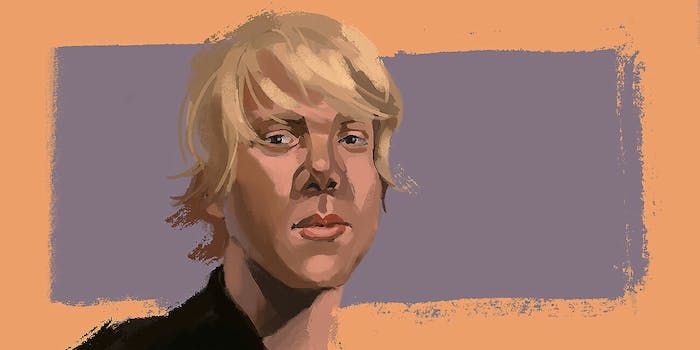 Julius ‘zeekill’ Kivimaki is the hacker who stole Christmas

The 18-year-old Finnish teenager has a long résumé of alleged cybercriminal activity to his name.

In July, Julius “zeekill” Kivimaki was convicted of over 50,000 hacking crimes. You read that right: 50,000. And that didn’t even include his biggest exploit to date.

Kivimaki, an 18-year-old Finnish teenager, has a long résumé of alleged cybercriminal activity to his name. His rap sheet includes money laundering, stealing credit cards, making false bomb threats, data breaches, felony payment fraud, telecommunication harassment, and violating company secrets. On Twitter, he once referred to himself as “Untouchable hacker god.” For all of those deeds and more, he received a two-year suspended sentence and online monitoring.

For his many critics, that was a slap on the wrist—far too little and far too late.

Last December, his hacking collective Lizard Squad was responsible for the notorious Christmas Day 2014 attacks that brought down Microsoft’s Xbox Live and Sony’s PlayStation Network. The distributed denial-of-service attack (DDoS), which sent overwhelming amounts of data to Microsoft and Sony servers using what’s known as a botnet, knocked the companies’ systems offline just as kids around the world started unwrapping their presents. The attack lasted days and caused millions of dollars in damages.

Lizard Squad also took credit for successful attacks on the likes of Blizzard, Riot, Tesla, and Malaysia Airlines, and Kivimaki’s been accused of a yearslong harassment campaign against an American family.

He’s the hacker next door—bored, unapologetic, and armed with an arsenal of cheap weapons.

Kivimaki has denied most charges against him. He called his 2015 trial “a mess” and seemed extraordinarily unconcerned with what the Finnish courts say about the legal proceedings currently ongoing against him. He didn’t even bother to be in his native Finland—nevermind the courtroom—when a judge delivered his suspended sentence. He’s been traveling internationally with no limitations ever since.

Despite the court-ordered monitoring, Kivimaki says his online routine is the same, including talking with all the same people as before the convictions. Why? The “monitoring” is actually counseling, Kivimaki says, and he’s not being monitored when he’s out of the country.

“The legal stuff is for the lawyers to figure out,” he told the Daily Dot.

Kivimaki says he’s uninterested in the spotlight he’s under, but there’s little escaping it now. He’s drawn ire from just about every direction: from local and international law enforcement, from the victims of his attacks, and even from his fellow hackers and those in the security field. He’s been derided as a troll, called “not sophisticated” by security researcher Brian Krebs, and insulted as a “script kiddie” in the comments of almost every article that mentions him.

But Kivimaki’s apparent lack of technical skills is exactly what makes him so notable. There’s a myth about hacking that says it requires abilities mere mortals can never understand. You’ve surely seen Hollywood renderings of an shadowy hoodie-wearing figure typing malicious code at faster than light speed.

Kivimaki breaks that mold. He’s the hacker next door—bored, unapologetic, and armed with an arsenal of cheap weapons. (Lizard Squad’s roots can be traced to hacking communities like HackForums.net and Darkode, sites that provide deadly, easy-to-use tools that can do damage to practically any target.)

As Kivimaki proves, even when you’re dealing with some of the world’s richest tech companies, the state of Internet security is so often riddled with decay that all it really takes to successfully hack your target is the will to destroy.