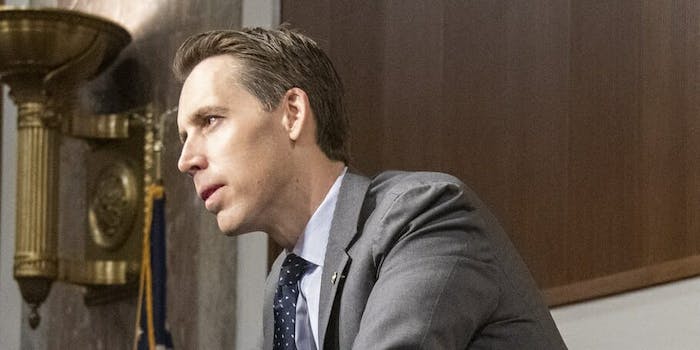 The legislation is based on the federal Do Not Track registry that protects citizens who opt-in from telemarketing phone calls.

A Republican senator announced on Monday a plan to introduce a Do Not Track Act, allowing internet users to block companies from tracking their activity.

Sen. Josh Hawley (R-Mo.) said that he hoped the legislation would give internet users more control of their data and prohibit companies from collecting any information that is not “indispensable” for the purposes of the service provided if a user opts-out. Companies who violate this would face strict financial penalties.

Hawley’s idea is based on the Do Not Call federal database used to help protect citizens who sign up to stop telemarketing phone calls. The legislation also penalizes companies who would discriminate against those who sign up for the Do Not Track service.

“Big tech companies collect incredible amounts of deeply personal, private data from people without giving them the option to meaningfully consent,” the freshman senator said. “They have gotten incredibly rich by employing creepy surveillance tactics on their users, but too often the extent of this data extraction is only known after a tech company irresponsibly handles the data and leaks it all over the internet.”

Over recent years, multiple lawmakers in both houses have voiced criticism of Silicon Valley’s giant tech companies and their exploitative data collection policies.

“The American people didn’t sign up for this,” Hawley continued. “So, I’m introducing this legislation to finally give them control over their personal information online.”

The news should be positively received by privacy activists who have long sought a solution such as this. As early as 2010, the Do Not Track initiative was endorsed by the Federal Trade Commission (FTC), although a company’s participation was voluntary. Then, in 2015, two Democratic senators made a similar proposal, which also failed.

On this occasion, in a rare moment, however, the legislation may well gather bipartisan support necessary for it to progress.