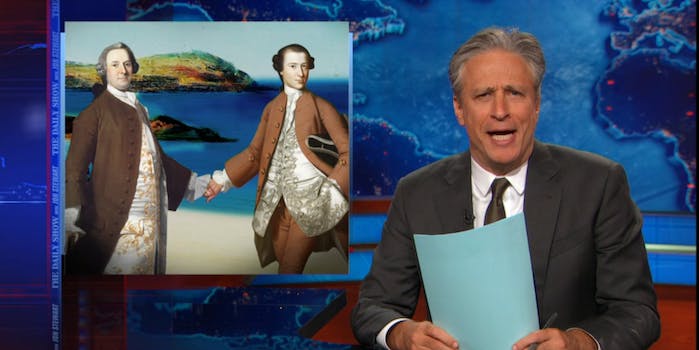 Which state's politicians are more corrupt? Either way, nobody looks good here.

When Jon Stewart retires from The Daily Show later this year, he’ll be glad to escape a few things, especially covering the 2016 presidential election. But almost as tiring to the longtime late-night host is the almost comically continuous raft of political scandals in New York and New Jersey.

“Two states united in one spirit,” said Stewart. “And that spirit is corruption.”

In a new segment called “Quid Pro Ohhhh!” Stewart tried to guess whether a corruption story originated in New York or New Jersey based on the facts of the case. Conveniently, there are several high-profile scandals in progress across both states, all featuring classic tropes from the crooked politician’s handbook: conspiracies, bribery, fraud, cronyism…such a wealth of material to choose from.