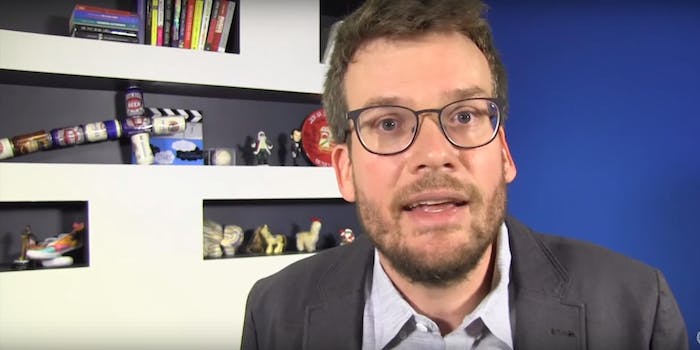 John Green explains the basics of the Syrian refugee crisis

Migrants are flooding European countries, and you should understand why.

In between organizing VidCon and writing bestselling novels, the vlogbrothers (A.K.A. John and Hank Green, two of the most powerful people on YouTube) occasionally post videos explaining complicated current events.

If you’re confused by something you’ve seen in the headlines but haven’t been following closely, these videos are often a good place to start. In the past, the Greens tackled topics ranging from the conflict in Ukraine to why rich people pay lower taxes in the U.S., and now John Green has made a video explaining the current refugee crisis in Europe, Syria, and around the world.

Green begins by explaining the most basic facts about the sudden increase in news coverage of refugees and migrants flooding the European Union, before moving on to a wider discussion of why countries like the U.S. have a legal and moral obligation to provide a new home for more of these refugees.

Obviously, this isn’t an in-depth look at the topic, but it’s very useful viewing if you haven’t really been following the crisis closely.