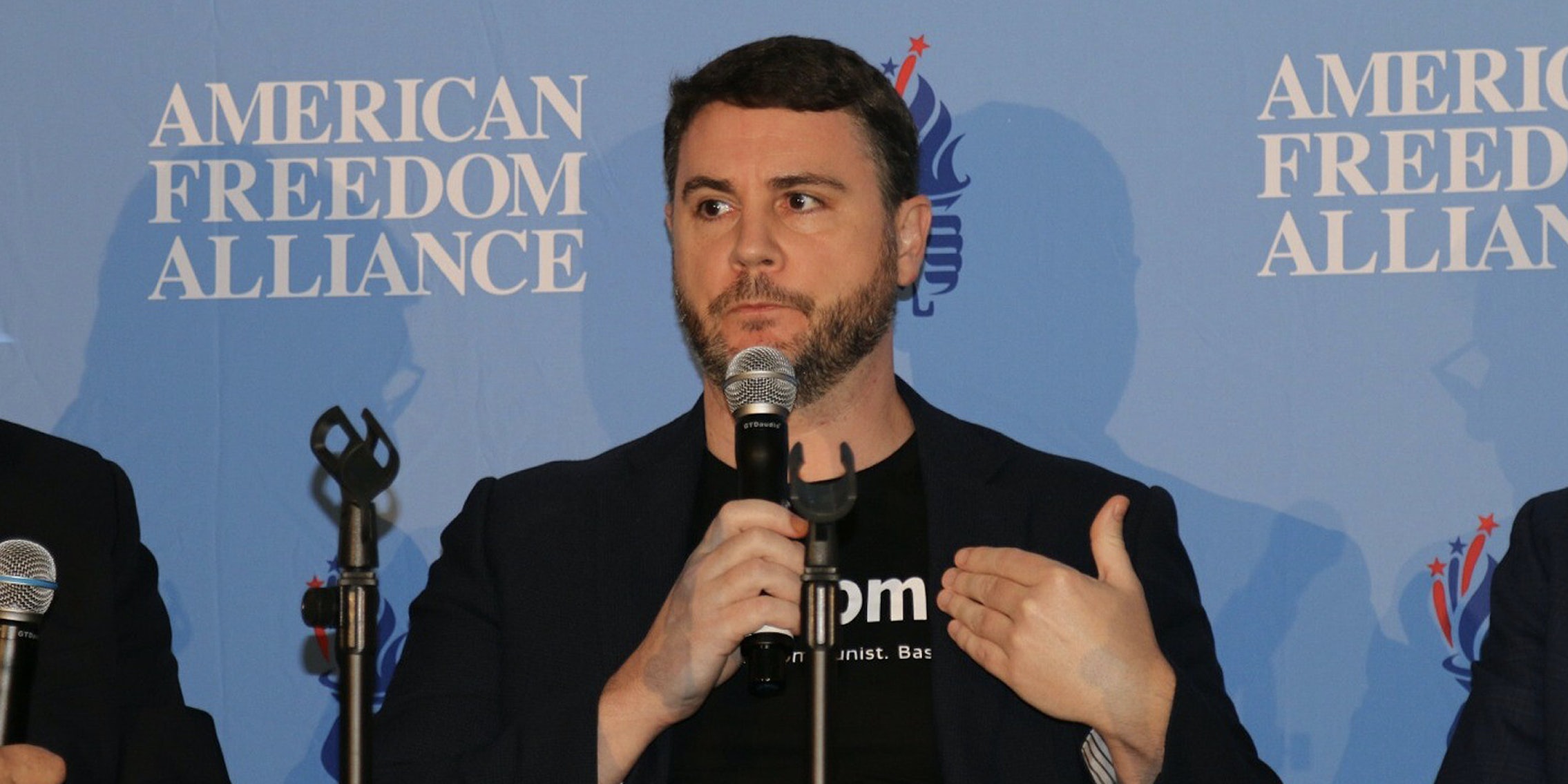 James Lindsay is calling on his followers to report people who share a picture of him with a NXIVM member.

James Lindsay has claimed credit for popularizing the movement to falsely malign LGBTQ people as groomers. He was permanently suspended from Twitter after it began prohibiting using the slur on the basis of someone’s gender identity. He appears to have asked to be reinstated when Elon Musk took over.

Now Lindsay seems to want the world to forget that he has hung out with a person who belonged to a sex cult whose founder was convicted of human trafficking.

Lindsay, a self-proclaimed free speech advocate, is actively trying to stop people from sharing a photo of him with actress Nicki Clyne, who was a member of NXIVM, the notorious multi-level marketing company turned sex cult.

Clyne hasn’t been charged with any crime, though Newsweek reports she continues defending NXIVM.

Last April, Clyne tweeted an evocative picture of herself with Lindsay in which both have their legs spread wide open.

She captioned it, “I taught him everything he knows.” Lindsay replied to her tweet with a second, similar photo of the two together that he captioned, “LOL advanced studies.”

The photo with James came years after NXIVM’s human trafficking exploits were well-known.

On Sunday, Lindsay asked his Twitter followers to report anyone who posts “that spammed photo” in replies to his tweets. “It’s not hard to ignore, but it needs getting shut down,” he added.

Lindsay followed his post asking followers to report the photo as spam with multiple tweets complaining about accounts posting photos of him with Clyne.

Lindsay called @AnOpenSecret’s tweet about him “hanging out with the former-right hand lieutenant to NXIVM sex cult leader Keith Raniere, who is currently in prison for child sex trafficking” a smear, “garbage,” and “leftist propaganda.”

Some of Lindsay’s followers said they would comply with his request. “I just mute them when I see them but I’ll help my King,” replied a user whose bio reads “trans is a lie.”

Many people replied by mocking Lindsay.

Multiple Twitter users simply posted the photo or suggested he’s a hypocrite for starting a campaign to brand the LGBTQ community as groomers when he has active contacts with someone who has direct ties to a human trafficking movement.

Lindsay continues to interact with Clyne on Twitter—as recently as this past weekend.

Lindsay often pontificates about free speech online. A number of users hit back at that in the wake of his calls to stop it being posted.