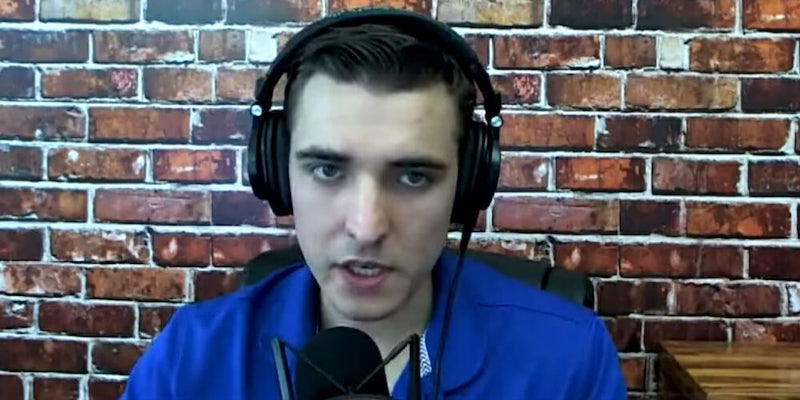 An email address of his was tied to the protest's event page.

Hundreds of leftist protestors were planning to flood a press conference hosted by far-right trolls Jack Burkman and Jacob Wohl, according to an event page for the protest. As it turns out, that page was registered to one of Wohl’s email addresses, making this the latest in the duo’s series of hoaxes.

The page was titled “Protest Against Homophobic Bigots,” aka Burkman and Wohl. Registered attendees were directed to contact [email protected] if they had any questions. Wohl previously used that same email address to promote a petition against Rep. Ilhan Omar (D-Minn).

The page also did not list an official event organizer.

We WILL NOT surrender to the mob!

We’ve called in extra security to guard our safety and that of our
partners in the mediahttps://t.co/Y7JRo2MQ09

After Mediaite exposed the scheme, a new organizer named Amy Green Tompkins was added to the page. Tompkins has no social media trail.

The event was then flagged as fake and removed from Eventbrite’s site.

“[W]e can confirm that the activity associated with this account constituted a violation of our policy around inauthentic content,” Eventbrite’s director of communications, Amanda Livingood, told Mediaite.

This development hardly comes as a surprise given that Wohl is a notorious hoaxer. In the past, he faked his own death threat and has been tied to at least five fake intelligence firms.

Most recently, he was exposed as one of the masterminds behind a fake Pete Buttigieg sexual assault allegation. Wohl and Burkman said they were going to double down on that allegation by providing ample evidence at their press conference Wednesday.