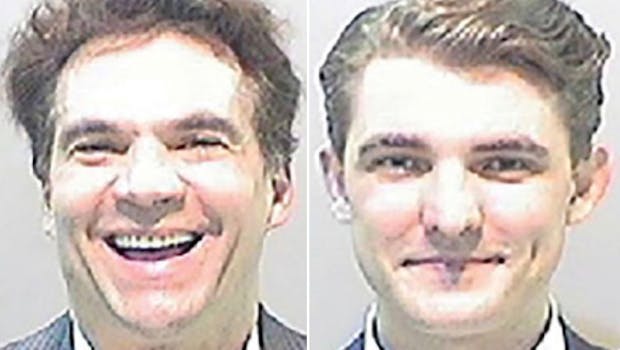 It's the second state to file charges against them.

Right-wing activists Jacob Wohl and Jack Burkman were indicted on felony charges in Cleveland, Ohio on Tuesday, stemming from their robocall scheme.

The duo are also facing felony charges in Michigan over the same scheme and have been named in a civil case in New York.

According to Cleveland.com, Burkman and Wohl face “face eight counts of telecommunications fraud and seven counts of bribery and a possible 18 years in prison.”

Arrest warrants have been issued for the defendants.

“The right to vote is the most fundamental component of our nation’s democracy,” Cuyahoga County Prosecutor Michael C. O’Malley said in a statement.

“These individuals clearly infringed upon that right in a blatant attempt to suppress votes and undermine the integrity of this election. These actions will not be tolerated,” he added.

On Monday, Burkman phoned in without legal representation to a hearing in his civil case in New York and seemingly incriminated himself by admitting to being behind the robocalls, which the duo had previously denied.

Now faced with charges in Cuyahoga County, Ohio as well, Burkman and Wohl will face legal battles across most of the Midwest connected to the robocalls, which prosecutors allege targeted minority communities.

Both Burkman and Wohl didn’t respond to multiple request for comment from the Daily Dot on their new charges.