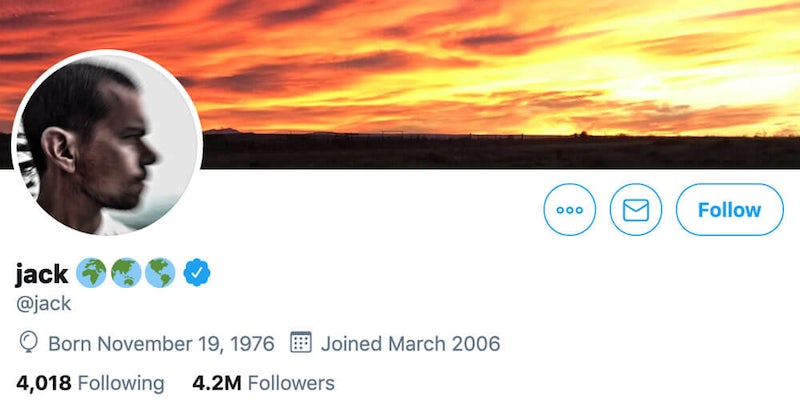 A group known as the Chuckle Squad used Dorsey's account to send out racist messages.

In a series of now-deleted tweets, Dorsey’s account was used to send out numerous racist statements as well as bomb threats issued against the company’s San Francisco headquarters.

The retweets from the account included one that said: “nazi germany did nothing wrong.”

A group referring to itself as the Chuckle Squad claimed responsibility. That same group also recently took credit for targeting several high-profile YouTube creators James Charles and Shane Dawson, according to The Verge.

The tweets remained online for roughly 10 minutes before being removed. The hackers also posted a link to a Discord server that has since become invalid.

While it remains unclear how exactly Dorsey’s account was compromised, the malicious tweets were made through a third-party SMS service known as Cloudhopper.

.@jack’s hacked tweets are being posted from an app called Cloudhopper, which is apparently an app Twitter acquired previously that had something to do with SMS. So his account appears not breached – but rather Jack’s account is still hooked up to an old service that got hacked. pic.twitter.com/V3U5rJXrDP

When reached for comment, a Twitter spokesperson linked the Daily Dot to a statement from the company’s communications team confirming that it was investigating the incident.

We're aware that @jack was compromised and investigating what happened.

This is not the first time the Twitter’s CEO account has been comprised.