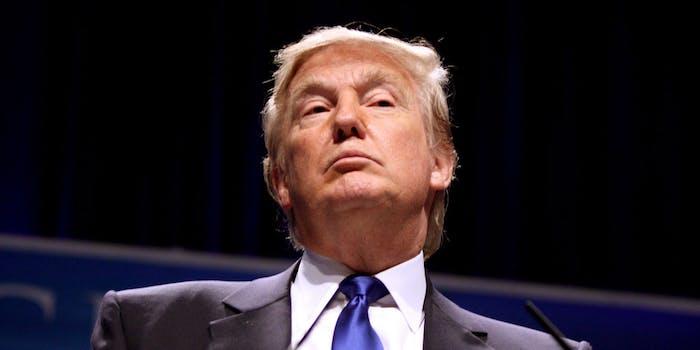 Will this complicate the United State's relationship with its close ally?

Israel, a close ally of the United States, was the source of secret intelligence that President Donald Trump reportedly shared with Russian officials during an Oval Office meeting last week, according to multiple reports.

In a statement to the Times, Israel’s ambassador to the U.S., Ron Dermer, dismissed concerns that Trump’s actions would potentially harm the U.S.–Isreal intelligence-sharing partnership.

“Israel has full confidence in our intelligence-sharing relationship with the United States and looks forward to deepening that relationship in the years ahead under President Trump,” Dermer said.

Addressing the controversy earlier on Tuesday, National Security Adviser Gen. H.R. McMaster told reporters during a White House press briefing that Trump’s discussion of the intelligence was “wholly appropriate” for the topic of conversation between the president and the Russian officials.

“What the president discussed with the foreign minister was wholly appropriate to that conversation and is consistent with the routine sharing of information between the president and any leaders with whom he’s engaged,” McMaster said. He concluded the press conference by saying that Trump “wasn’t even aware of where this information came from, he wasn’t briefed on the source or method of the information either.”