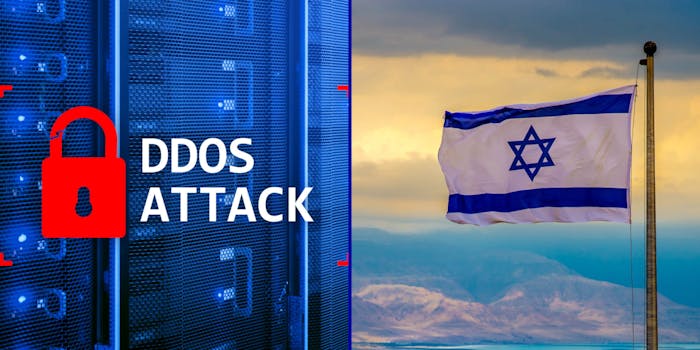 Some have described it as the largest ever cyberattack against Israel.

Government websites in Israel were targeted by a distributed denial-of-service (DDoS) attack on Monday in what some described as the largest-ever cyberattack against the country.

The Israeli cyber authority confirmed, following reporting from Haaretz, that the attack had taken offline the websites for the Prime Minister’s Office as well as those for the ministries of health, justice, welfare, and the interior.

A defense establishment source speaking with Haaretz alleged that the incident, which knocked the websites offline after overloading them with traffic, was the biggest attack of its kind ever to hit the nation.

While a perpetrator has not been publicly named by Israel, former senior cyber authority official Rafael Franko alleged that an Iranian hacking group could be to blame.

In response to the attack, a state of emergency was declared by the defense establishment and the National Cyber Directorate in order to investigate the scope of the attack. Although the incident thus far appears only to have involved a DDoS attack, Israel is reportedly examining the systems of strategic websites and government infrastructure to rule out any further compromise.

In a statement on the matter, the National Cyber Directorate confirmed on Monday that it was able to quickly bring the affected websites back online.

“In the past few hours, a denial of service attack against a communications provider was identified,” the agency said. “As a result, access to a number of websites, among them government websites, was blocked for a short time. As of now, all of the websites are operational.”